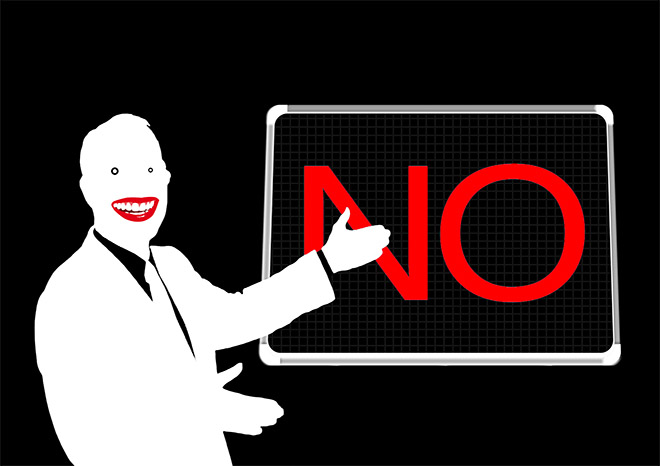 Regardless of the outcome on November 8, the American people are going to be faced with an administration that must not be indulged with a honeymoon. We must be ready to fight either President Clinton or President Trump, but such efforts will be in vain unless we face some harsh reality about ourselves. I have said that the rise of Donald Trump is evidence of moral and intellectual bankruptcy on the right. I have been somewhat less clear that Hillary Clinton’s rise is evidence of the moral and intellectual bankruptcy of the establishment. Finally, I have hinted that the left is similarly, if not precisely equivalently, morally and intellectually bankrupt 1. The unifying theme to my commentary on this election cycle is that Americans, because we are human, are indifferent to reality2; and that this indifference is the core social and political problem of our time.

On October 28, FBI Director James Comey sent a letter to Congress giving a vague update about finding new emails related to the completed investigation of former Secretary Clinton’s personal email server. The FBI hadn’t yet obtained a warrant to search these emails (the warrant would come two days later), and so had no idea what was in them. As Comey himself says in the letter, “the FBI cannot yet assess whether or not this material may be significant, and I cannot predict how long it will take us to complete this additional work”. So why did Comey, who was strongly advised against sending the letter by the Department of Justice, send a vague update that could influence a presidential election at a time when many Americans are already voting? The answer seems to be that—pertinent to my point about a widespread indifference to reality; and in addition to pressure from politically motivated members of Congress—James Comey wants to appear to be politically impartial. This is crucial: the narrative about James Comey weighed more heavily in his mind than the reality of the letter and spirit of the relevant law and his responsibilities under that law3.

Consider also that Attorney General Loretta Lynch could have ordered James Comey not to send the letter—why didn’t she? Again, because she didn’t want to deal with the narrative of blocking an investigative step that might implicate Hillary Clinton. A counter-argument might point out that Director Comey is already fighting off a narrative that his letter was motivated by a desire to influence the election (and in fact a complaint has been filed against the FBI for violating the Hatch Act); but Comey can point to his previous decision not to prosecute Clinton. He can live with a narrative in which the Republicans considered him a bad guy in July 2016, and the Democrats considered him a bad guy in November 2016. He can cobble up the appearance of impartiality from those pieces. But what if he had been the FBI director that didn’t prosecute the Democratic party’s presumed nominee in July, and had waited until after the election to report on a development pertinent to that same investigation? Would the reactionary right wing media ever have let him live that down? It seems this narrative was the one Comey couldn’t live with.

This is usually where the analysis ends: politicians and other politically motivated officials are scum because they care more about covering their own asses than preserving the integrity of the law and of the republic. But here’s some harsh reality: why are these narratives of the utmost importance to the politically motivated? That’s easy to answer: because we are more interested in narratives than we are in a complicated, contradictory, and incomplete understanding of reality. A recent BuzzFeed study corroborates my expectation that social media users would be found to be, on average, indifferent as to whether the content they share is true or false 4. Just as the famous Zen koan reminds us that we are the masters that make the grass green, we are the reason our leaders are amoral, hypocritical, vain, corrupt, and increasingly stupid. In a few days, we will elect a president our indifference to reality merits.

Show the notes to this article
1. “There are significant numbers of liberals and leftists who could be manipulated by a charlatan like Trump.”; see “Making America Bullshit Again“.

2. There is something fundamental about the nature of human cognition behind this phenomenon of indifference. The cognitive scientists Donald Hoffman and Manish Singh and the mathematical physicist Chetan Prakash have published a startling proof based on evolutionary game theory: “Natural selection tunes perception to payoffs, not to truth. […] natural selection generically drives veridical perceptions to extinction”. Their paper goes on to show that truth perceptions are so unfit that they probably never evolved in the first place. Our brains create a phenomenal reality which is good enough to survive and reproduce. But as the psychologist Frederick Travis puts it, “We don’t get a neutral picture of the world and take it into consciousness […] We’re creating our reality, and based on what we think is there is how we respond.” In Being No One, the philosopher Thomas Metzinger explains, “biologically successful [representations of reality] must never lead a system operating with limited neurocomputational resources into infinite regressions, endless internal loops, and so on, if they do not want to endanger the survival of the system.” The computational load to represent reality as it is necessarily requires so much time and so many calories that it endangers survival. This is not only true of perception, it’s also true of cognition. See Daniel Kahneman’s Thinking, Fast and Slow for examples of the cognitive illusions which arise from the differences between reality as it is and our brains’ “tricks and hacks” (Hoffman) or “heuristics” (Kahneman) for representing reality.

3. On October 29, in response to Comey’s letter, former chief White House ethics lawyer under President George W. Bush, Richard W. Painter filed a complaint against the FBI with the Office of Special Counsel and with the Office of Government Ethics for violating the Hatch Act. See Painter’s relevant op-ed in The New York Times.

4. A CNN article misrepresented this study as showing that the “less truthful the content, the more frequently it was shared”. Not quite. A look at the full set of BuzzFeed’s cross-tabulations shows that the most frequently shared content was free of facts—mostly jokes and memes—(38.6%), followed by content that was a mix of truth and falsity (26.6%), then mostly false content (21.5%), and finally mostly true content (13%). An overall pattern of indifference holds for “hyperpartisan” right and left media, as well as mainstream media.

3 thoughts on “Strange Critters in Denial”