Four years after her 16-year-old son was killed by a border patrol agent who fired at least ten bullets through the international boundary at Nogales, Arizona, into his back, Araceli Rodriguez, the boy’s mother, will have to wait any decision in her lawsuit against the agent until the U.S. Supreme Court answers constitutional questions raised in the similar shooting death of a 15-year-old boy in El Paso/Juarez. 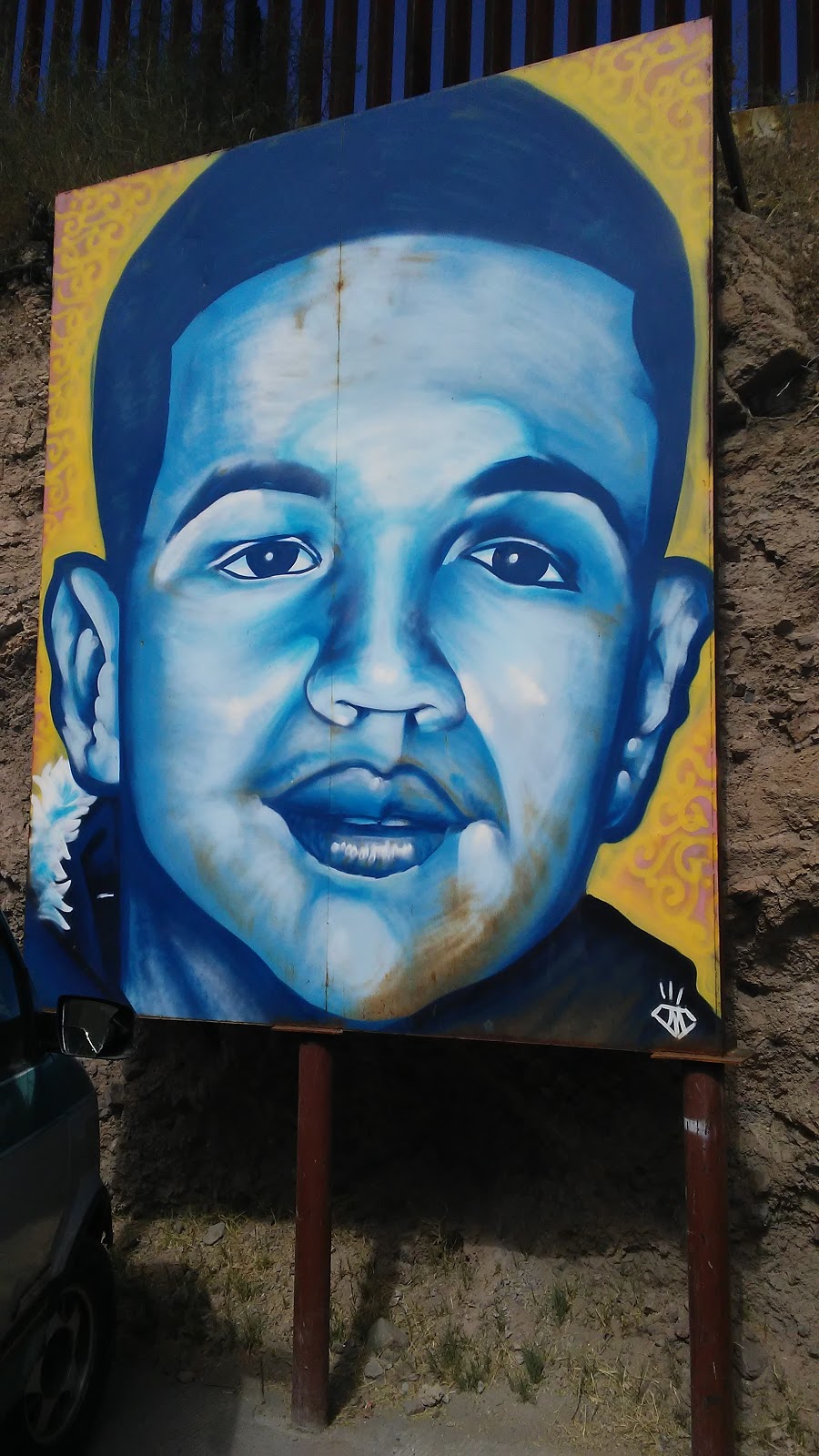 Along the Mexico side of the border at the site of the shooting a few blocks to the west of the main Nogales border crossing, an impromptu street art gallery walk offers comments on Jose Antonio’s death. This mural is mounted below the U.S. border fence and pavement where the shooter stood. 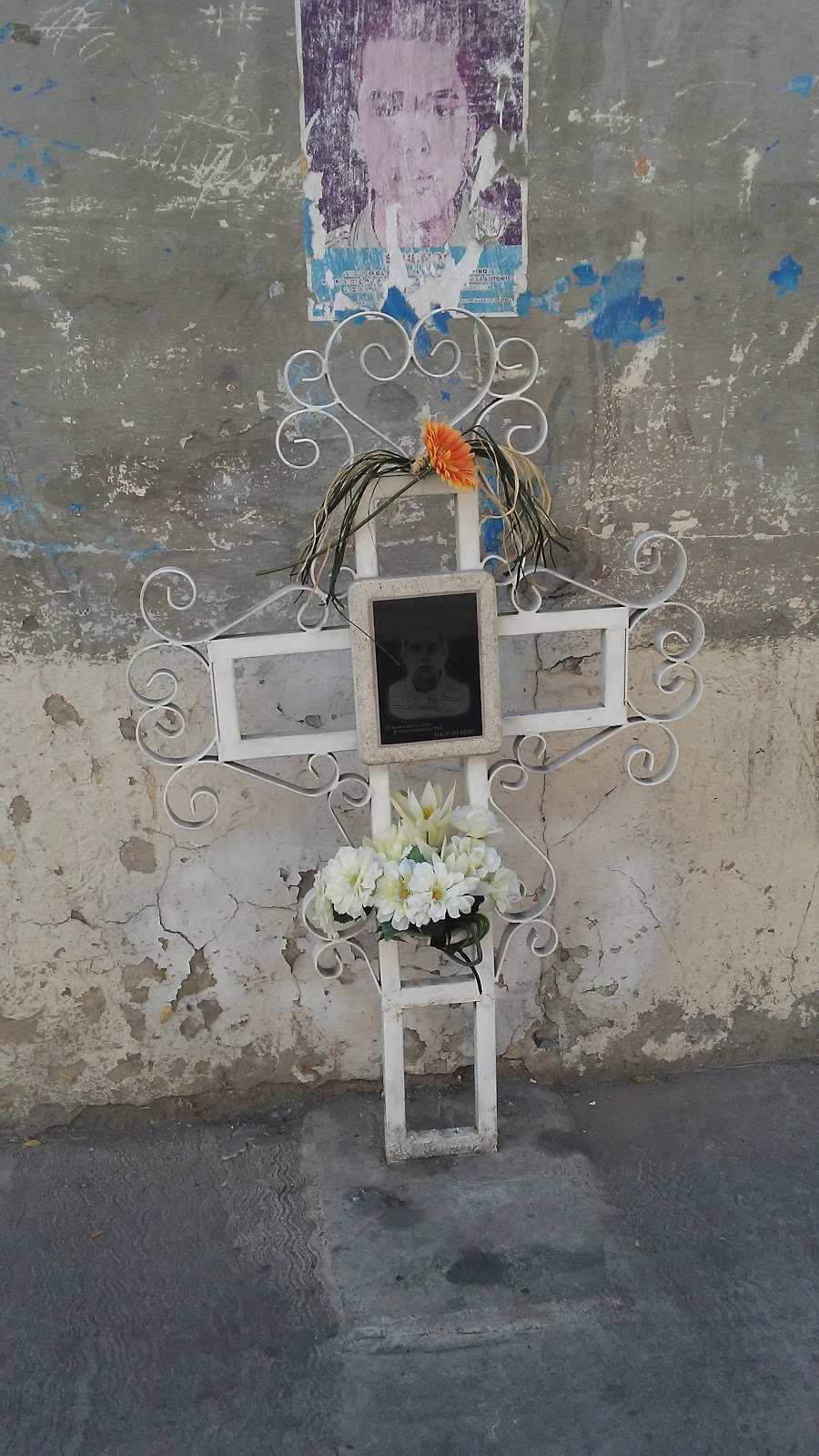 A cross on the sidewalk marks the spot where Jose Antonio Elena Rodriguez died. 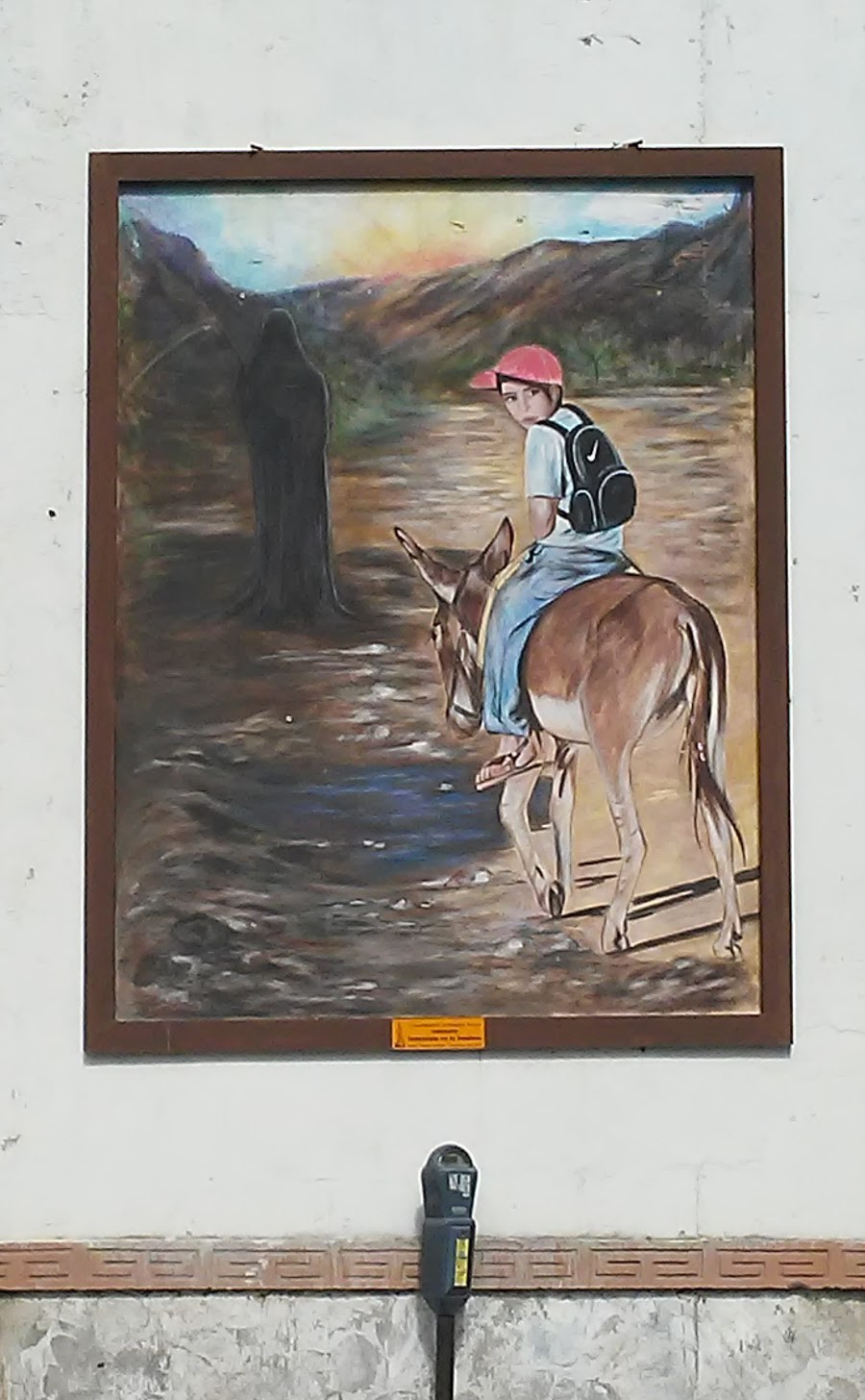 A large mural interprets the border between life and death Jose Antonio crossed on October 10, 2012. The artist puts the figure of a boy on a burro looking back into Nogales with perhaps an expression questioning why he must leave.

The mural is mounted on a wall west of the street corner where Jose Antonio died. 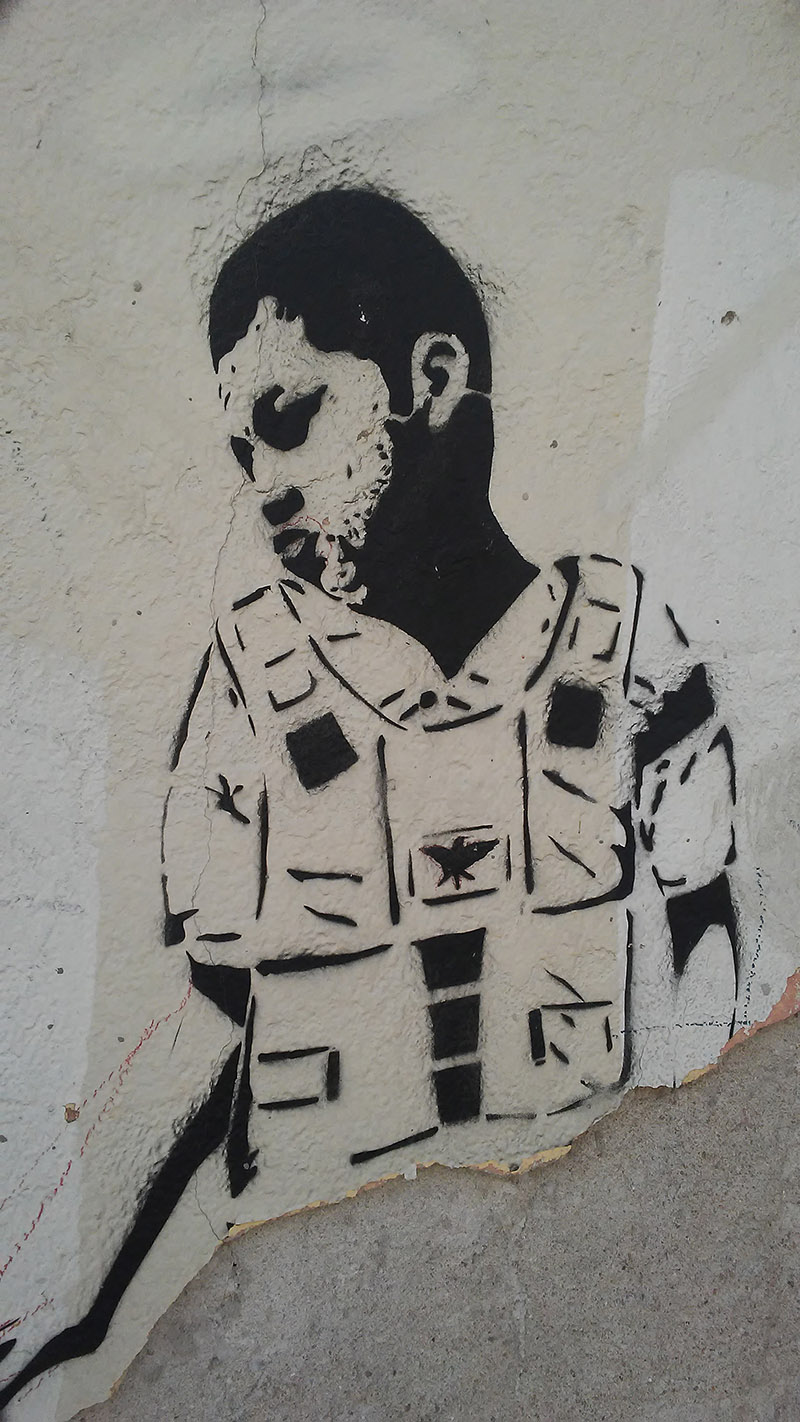 A street artist outfitted Jose Antonio with a bulletproof vest. 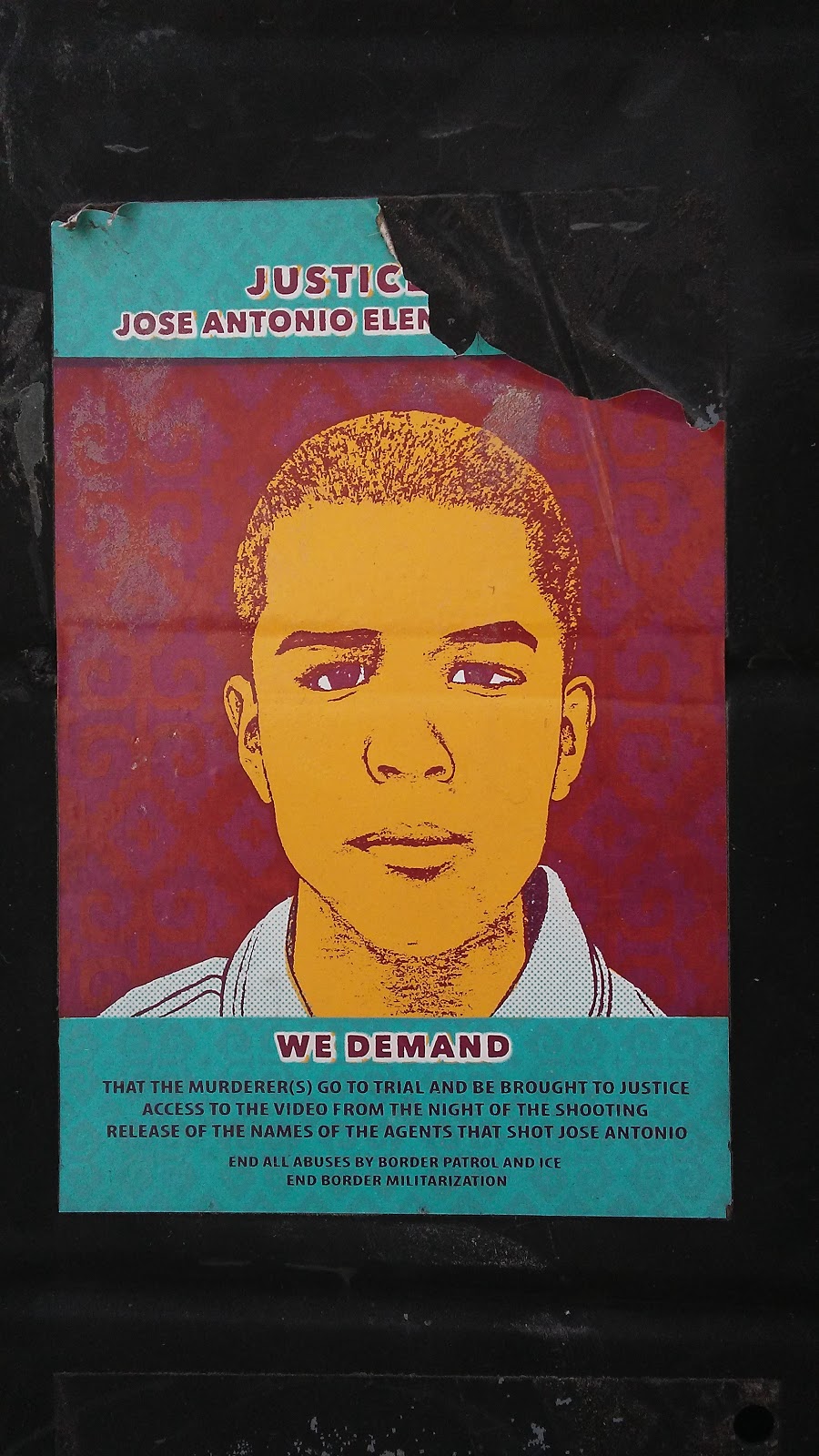 So far one demand on a wall poster has been met: the name of the agent who shot Jose Antonio and faces a wrongful death claim from the boy’s mother is Lonnie Ray Swartz. 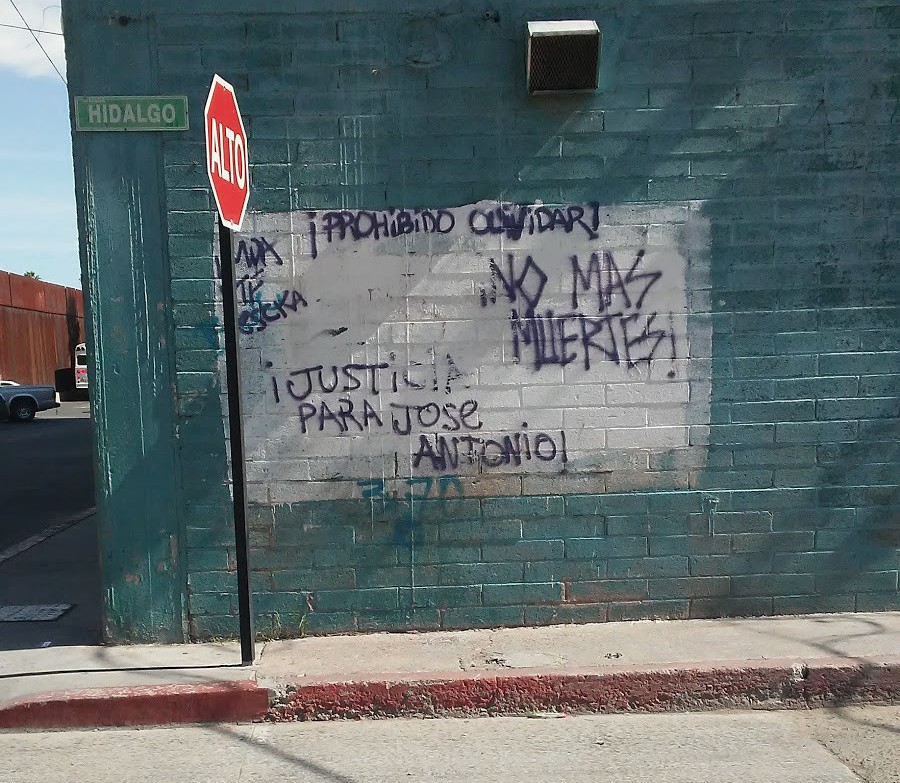 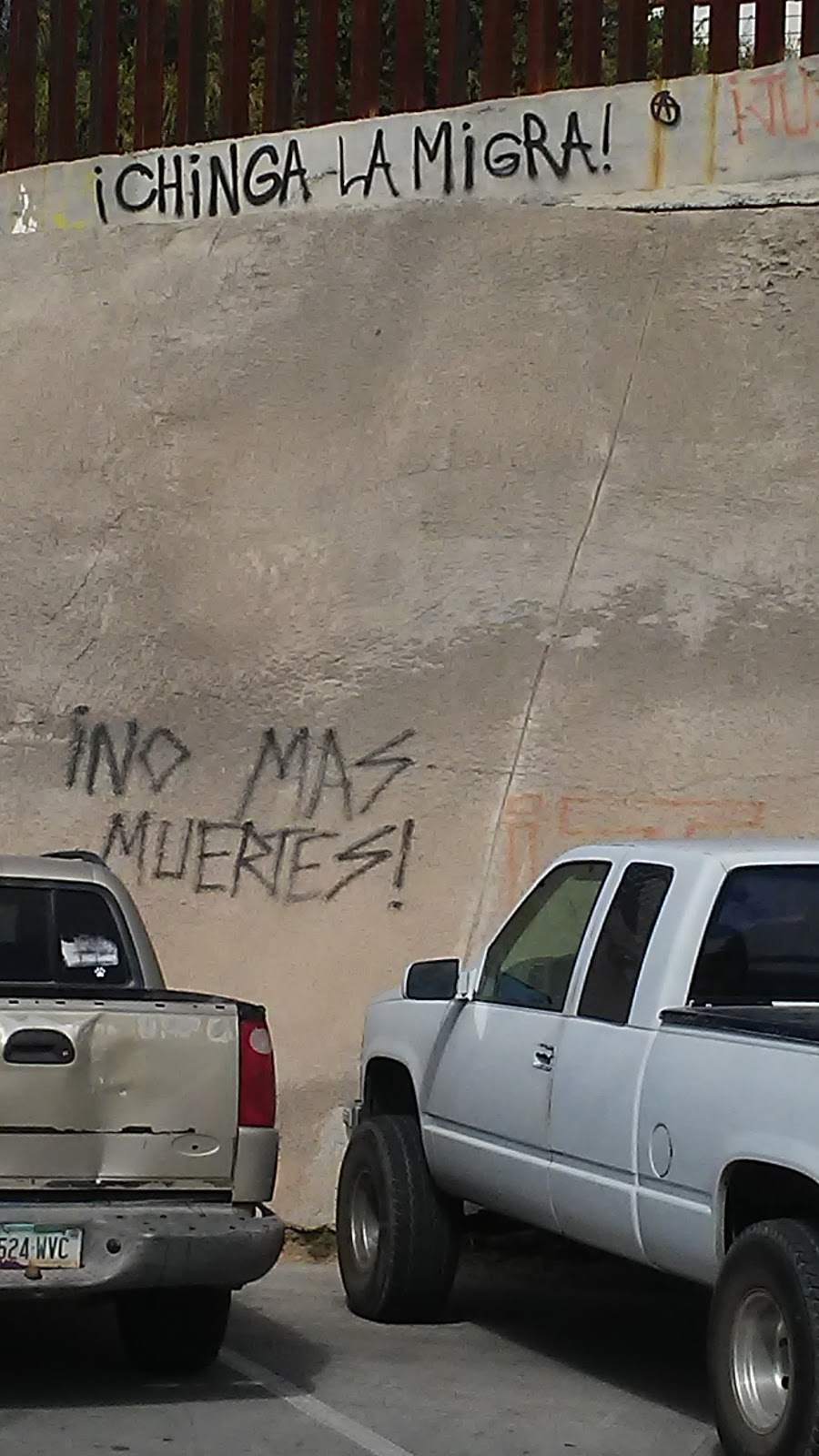 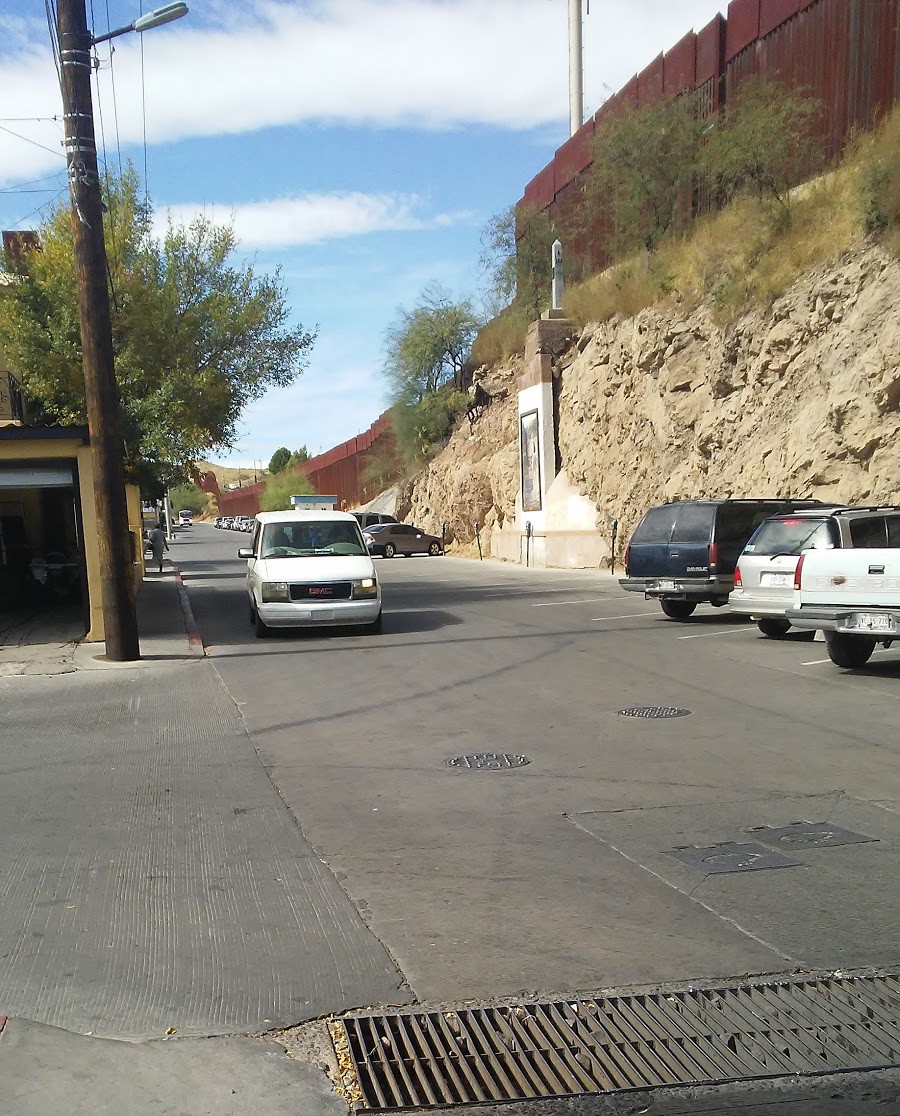 Photo taken where Jose Antonio died. He was facing west when he was shot. Jose Antonio allegedly threw rocks at the border patrol.

Video which has not been released allegedly disputes that claim. 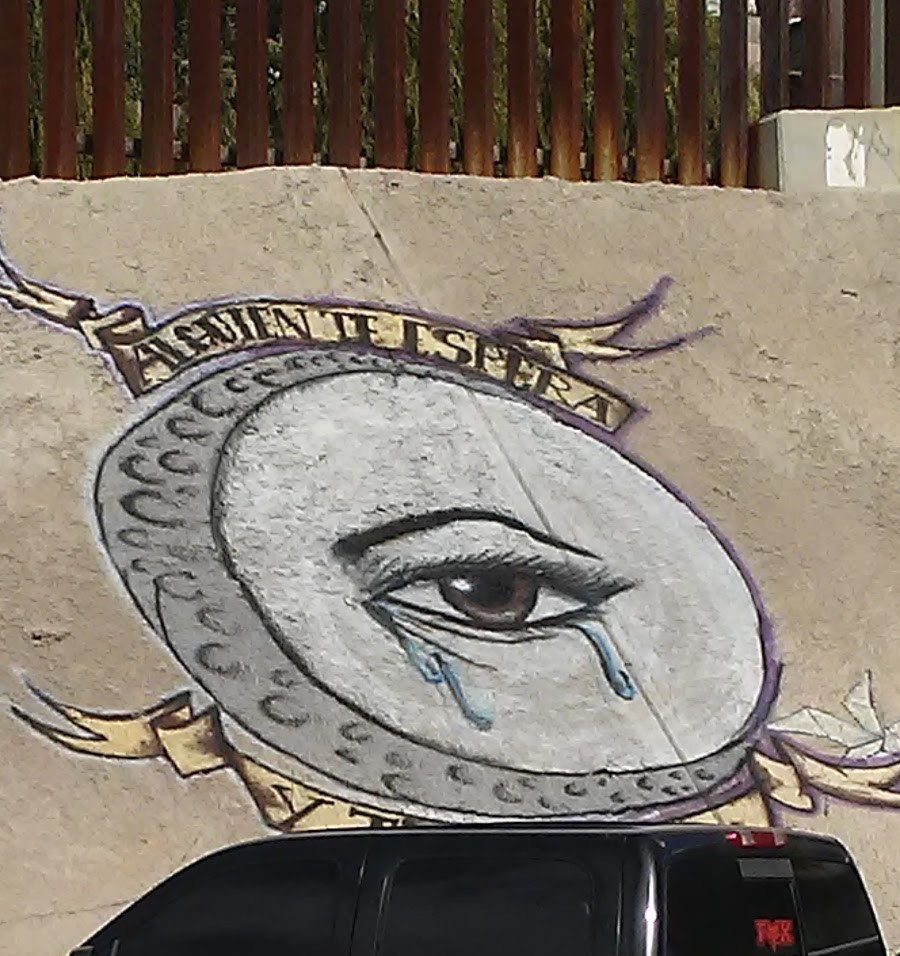 “Someone waits for you.” 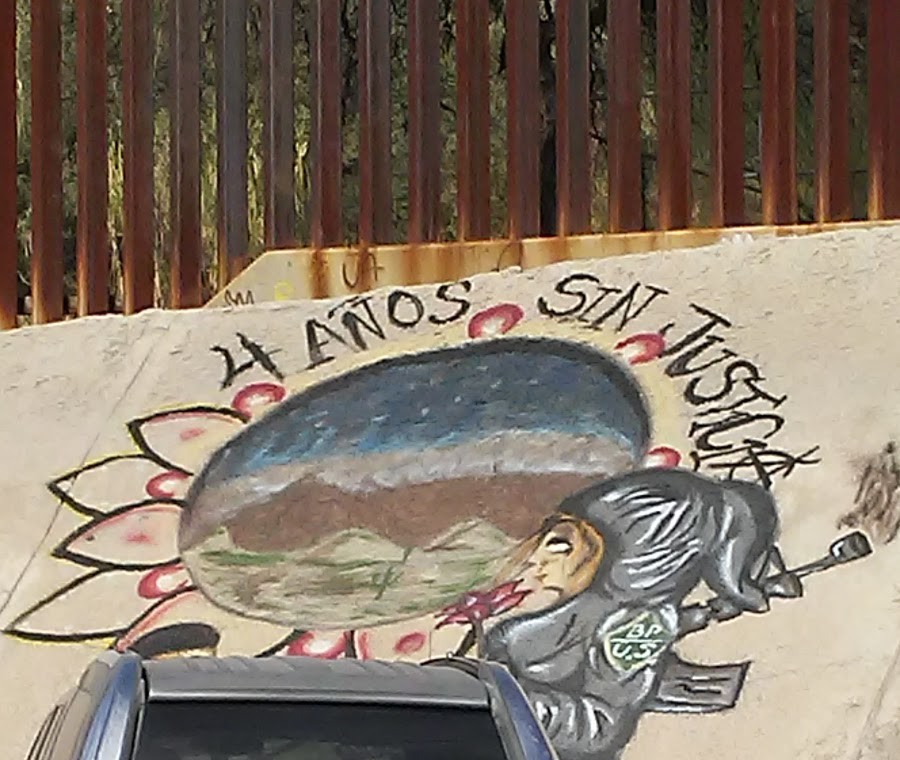 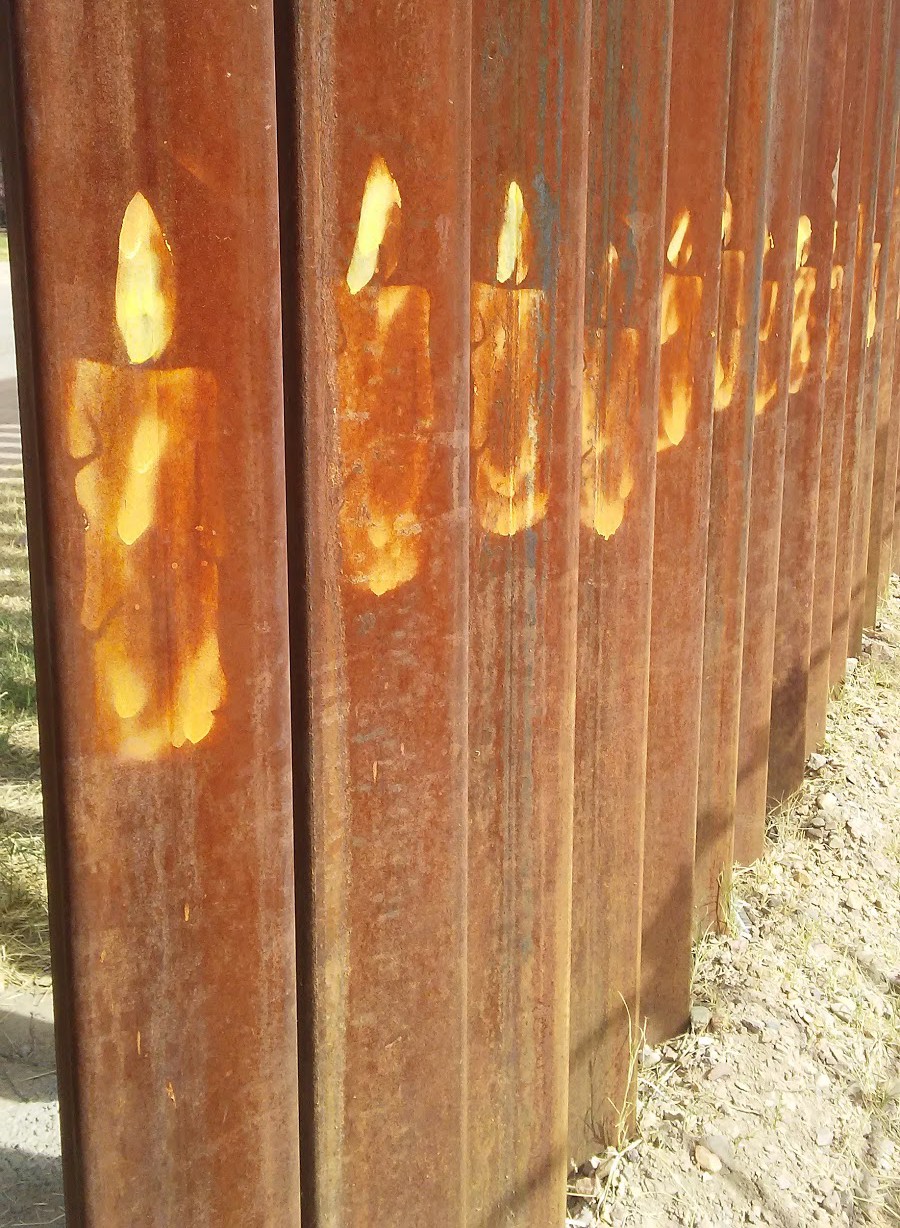 Text and photos by Norah Booth