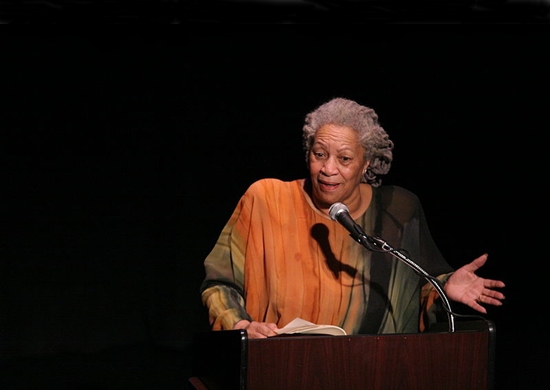 So, Bob Dylan won the Nobel Prize for Literature? I have to wonder if the Swedish Academy, which apparently won’t be enjoying the pleasure of his company at this week’s acceptance ceremony, isn’t getting a perverse pleasure out of putting some of us literary types in the uncomfortable position of having to criticize the choice of a man we deeply respect. Because yes, it is true, the power and influence of his words (even beyond his music) is great. Even before I knew who he was (I was too young to have experienced his explosive entrance onto the 1960’s music scene), I remember being struck by various “Dylanisms” that had permeated the language; there were, for example, the curious news reports that I heard as a child about radical students calling themselves “The Weathermen” blowing up buildings as a protest against the Vietnam War (the group having taken its name from Dylan’s lyric, “You don’t need a weatherman to know which way the wind blows”). Indeed, the first lines of verse that caused me to contemplate the ambiguity of existence was the thought that the answer to a question that asks “How many roads must a man walk down” might somehow be “blowing in the wind.”

So why then the ambiguous feelings about his winning? In part, quite frankly, it is a question of territoriality, or perhaps “class interest.” The Nobel prize for literature is the one occasion each year when the mainstream media (at least in the United States) pays any attention to literature, but this year one of our prose or poetry writing brethren won’t get the 15 minutes of fame that the prize engenders while the person who did win – because of his popularity in the world of music – has enjoyed over a half century of fame. In addition, there is the terribly parochial question of money. A million dollars of prize money can make a big difference for even a well-known literary author (even more so if they write in a “small-market” language such as last year’s winner, a Ukranian) but will make little difference to Bob Dylan, who because of his music is already a millionaire many times over.

On a deeper level, however, awarding the prize to a songwriter can be seen as another attack on the significance of books (though I’m not suggesting that this was intended) and the kind of literature that books imply. Which is to say, the one thing that all the previous winners of the prize have in common is that they were primarily selected on the basis of the books that they’d published, whether they were slim volumes of verse, epic novels, collections of short stories, essays or histories. Even the 1953 laureate, Winston Churchill, who was in part selected for his “brilliant oratory in defending exalted human values (i.e. speech writing), was first cited for “for his mastery of historical and biographical description” in the dozens of books he wrote and published in his lifetime. Dylan, on the other hand, was only cited “for having created new poetic expressions within the great American song tradition.” And though these poetic expressions (i.e. lyrics) have been retrospectively compiled into a book – yes, they all fit into a single book — with Dylan we speak of albums instead of books, and in a world in which even some librarians (backed by billionaire philanthropist foundations) speak of libraries of the future being without books, this is not an encouraging sign.

But I do not want to be rigid, I don’t want to be somebody who resists the redrawing and evolution of artistic boundaries. If, however, we are to redraw these boundaries, then I demand an equality in this redrawing. And so my concerns with this new paradigm that the Nobel Committee is apparently trying to create will be assuaged if, in the future, writers start to win, for example, prestigious musical awards. After all, literary texts can have, even famously so, musical qualities. Don’t we often speak of the tone or tempo of a text, or how it is lyrical, or possesses some kind of a resonance?

And so it is in this spirit that I am proposing that Toni Morrison be nominated for, and awarded, a Grammy Lifetime Achievement Award in 2017 for the generally musical and lyrical flow of her writing, culminating in her 1992 novel Jazz which, in the words of one critic: “is, most basically, a literary form of musical jazz” in which “she employs multiple musical techniques in her writing in order to capture the essence of jazz music, which grounds her writing in the tradition of jazz music and makes her novel one of the best examples of a jazz narrative.”

This essay first appeared, in Czech, in the Czech journal Tvar (18/2016). Photo (modified by slight formatting) of Toni Morrison in 2008 by Angela Radulescu (Creative Commons License).