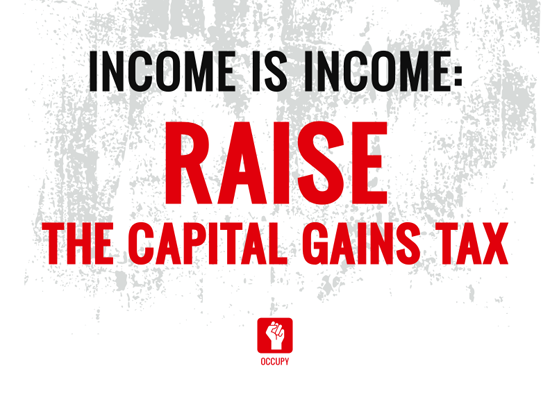 Nick Hanauer’s TED talk on inequality was widely reported as being banned from publication, but perhaps it would be more accurate to say that it may have suspiciously been overlooked because its content is so contradictory to orthodox economic philosophy. It’s certainly also possible that it was merely passed over as other videos that don’t end up being published by TED. However, the controversy has helped the video go viral, and we think that it is a positive development for people to hear his uncommon “common sense.” Some notable quotes from the video below.—Ed

“If taxes on the rich go up, job creation will go down. This idea is an article of faith for Republicans, seldom challenged by Democrats, and has shaped much of the economic landscape.”

“A policy maker who believes that the rich are job creators and therefore should not be taxed will do terrible policy.”

“Hiring more people is a course of last resort for capitalists. It’s what we do if and only if rising consumer demand requires it.”

“If the typical American family still retained the same share of income that they did in 1970 they’d earn like $45,000 more a year. Imagine what our economy would be like if that were the case. Significant privileges have come to people like me, capitalists, for being perceived as “job creators” at the center of the economic universe. […] The extraordinary differential between 15% tax rate that capitalists pay on carried interest, dividends and capital gains and the 35% top marginal rate on work that ordinary Americans pay is kind of hard to justify without a touch of deification.”

“Rich people like me don’t create jobs, jobs are the consequence of an eco-systemic feedback loop between customers and businesses.”

“In a capitalist economy, the true job creators are middle class consumers. And taxing the rich to make investments that make the middle class grow and thrive is the single shrewdest thing we can do for the middle class, for the poor, and for the rich.”

1 thought on “The True Job Creators are Middle Class Consumers”