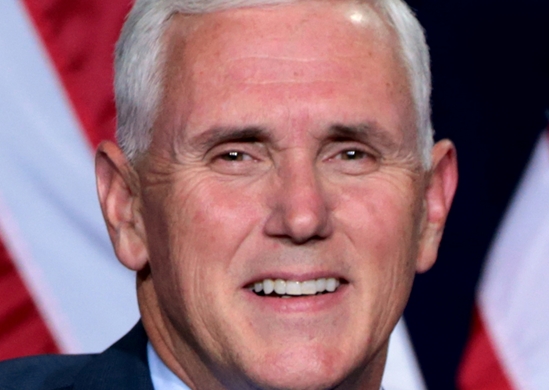 Given that our new Vice President is a member of the powerful, but shadowy, Washington, D.C. evangelical group “The Family” (officially, the Fellowship Foundation), Jeff Sharlet’s 2008 book The Family: The Secret Fundamentalism at the Heart of American Power would seem worth looking at again. And it is hardly a reassuring re-read for anybody already concerned about Donald Trump’s authoritarian tendencies. The Family, Sharlet states, is one of the most problematic of the many “backstage” cliques that are a part of the governmental scene because they too have a tremendous apathy to democracy; and this holds true even though their membership includes leading members of congress, former members of the cabinet, governors, and now, of course, the Vice President, Mike Pence.

Even a quick look at their history and ideology helps to clarify Sharlet’s point. The Family was founded in the 1930s by a Norwegian emigrant by the name of Abraham Vereide, who had a vision in 1935 that trade unions and Roosevelt’s New Deal were satanic conspiracies which true Christians had to fight against. Vereide preached that “the invisible hand of the market” was in reality the hand of God, because of which any attempt to tamper with or control the free market — with regulations, state owned enterprises, welfare programs for the poor, etc. — contravenes God’s will.

Exceptional though this “biblical capitalism” appears, it isn’t, in and of itself, particularly unusual in America, because from the beginning of the industrial revolution there have been many evangelists who have believed in a God who said, in addition to “let there be light,” also “let there be markets.”  The antidemocratic tendency in The Family is instead, Sharlet continues, the result of their belief, different from other right wing Christian groups, that a person doesn’t have power and influence because he or she is good but because he or she is one of the “new chosen” — that is, chosen by god, and not the people.  And that because a person has been chosen by God to fight against satanic evil (especially evil in the form of government interference in the free market), he is sanctioned to commit crimes to defeat it.  This belief requires a special interpretation of the New Testament, and the members of The Family call this new doctrine “totalitarianism for Christ,” according to which the New Testament isn’t about the weak and poor, but about the gaining of power by a small elite of the chosen.

Their emphasis on political power and antipathy to democracy is illustrated by a statement by the current leader of the group, Doug Coe, who asserted a few years ago that the three men in the 20th century who best understood the New Testament were Hitler, Stalin, and Mao, because these three men knew how to gain power and “build a new nation.”  Coe was speaking only of their tactics: because none of them were Christian, The Family is for ideological reasons critical of them.  In the case of Fascism, however, they aren’t too critical:  Vereide, the founder of the group, wrote in the 1930s that the sole mistake of fascism was the cult of personality — that where people should venerate Christ, they instead venerated Hitler or Mussolini.  Their attitude to communism is, however, rather different, because although they admire the tactics of Stalin and Mao, the ideology of communism is for them the height of evil because it completely eliminates the free market.

The Family has used this belief to justify the most violent of anti-communist extremes. When, for example, General Suharto became the dictator of Indonesia after a coup in 1965 and massacred almost a million communists and leftists, The Family strongly backed him.  In addition, they used their considerable influence in Washington with the then Secretary of Defense and Chairman of the Joint Chiefs of Staff to gain full backing for Suharto from the American government.  And their enthusiasm for military dictators also emphasizes one of the most problematic alliances in contemporary American politics: the one between the Family and the Officers’ Christian Fellowship, which has a membership of 15,000 military officers and was founded with the help of money and ideological backing from The Family.

However, Sharlet points out that there is a very small proviso to all this. Because this is a very politically oriented group – their headquarters is near The Capitol in D.C. and their only public manifestation is hosting the annual National Prayer Breakfast that is attended by much our nation’s political leadership — they do not share the feeling of some fundamentalists (such as the authors and readers of the bestselling Left Behind series of novels) that all nonbelievers must either convert to Christianity or be considered enemies. For The Family it suffices that the nonbelievers believe in the free market.  There has never been, for example, a strong relationship between Erik Prince, the former leader of the notorious security firm Blackwater, and the Family.  As Sharlet says: “Here we see different sides of the Christian right.  Prince is a type of fanatic [in that he wants to eliminate all Muslims] while The Family wants to do business with Muslims.”  Or at least those Muslims who believe in a free market.

So, at least there is that consolation. At least until we realize that Eric Prince’s sister, Betsy DeVos, is slated to become Secretary of Education and so, it would appear, Prince’s brand of fundamentalist extremism will have a foothold in the Trump administration as well.

Picture of Mike Pence (cropped for the purposes of this story) by Gage Skidmore, taken from Wikipedia.