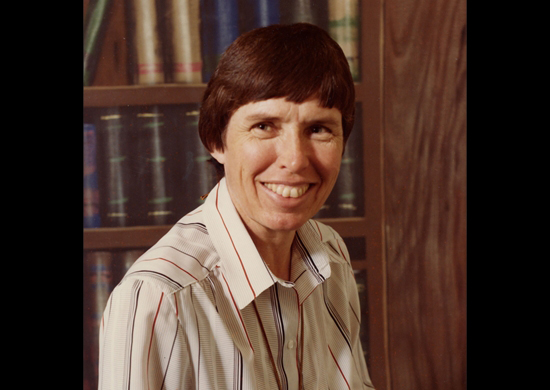 Sister Clare Dunn, the first Catholic nun elected to public office in the United States and who served as a Tucson Democrat in the Arizona House of Representatives from 1975 to 1981, will be inducted into the Arizona Women’s Hall of Fame on March 23.

Sister Clare and her legislative assistant, Sister Judith Lovchik, were killed in a car crash on I-10 July 30, 1981.

Both Sisters were tireless workers for social justice. Belittled and bullied in the first of her seven legislative sessions–not one of the 146 bills related to women, families, environment, finance, and immigration the pair supported or originated in her first two years in office passed in the Republican dominated legislature–Sister Clare eventually won the respect of her colleagues due to her sincerity, kind demeanor, insightful questioning of proposed legislation, savvy political ability, and consistent dedication to working for the disadvantaged.

“Women don’t fit into the power structure the way men have exercised it. Anything pertaining to human rights, particularly ERA [Equal Rights Amendment] and appropriations for day care, removal of sales tax on food, and passage of more equitable tax bills all around, is of particular interest to women,” Sister Clare told the Arizona Daily Star on November 17, 1974, not long after her first successful campaign.

Sister Clare demonstrated a flair for delivering powerful rhetoric, most of it written by Sister Judith, that routinely criticized legislators’ ties to special interests and general lack of concern for the public good, and especially the poor and underserved.

In a “Recap of success or failure of the candidates” in the Arizona Daily Star, June 12, 1976, the editors wrote:

“Dunn maintained her role as one of the three most effective critics of the Republican majority. Her efforts encompassed a wide range, but she was, however, instrumental in bringing the Equal Rights Amendment before the House and forcing the closest thing to a recorded vote on that issue possible.”

On February 16, 1978, she addressed her colleagues again on the ERA:

“I protest the issue of an arbitrary ruling by the House to prevent consideration of my substitute amendment seeking a House vote on the Equal Rights Amendment. The question of germaneness was applied to the ERA unfairly and unevenly in a move clearly aimed at shielding the majority members of this House from having to take a stand on this controversial issue. By such action, the House has once again taken the position that equal rights for women is not an issue, when in fact the people of our state have shown consistently that they favor the passage of the Equal Rights Amendment.”

Among many causes, she supported Farm Workers of America boycotts and made public appearances with Cesar Chavez when he visited Tucson.

After the two women’s deaths, Sister Clare was eulogized by her colleagues in the opening to the 1982 legislative session as “the conscience of the legislature.”

One of her first bills introduced, no grocery tax in Arizona as a tax cut for the poor, finally passed two years after her death and remains a popular law today.

Sister Clare arrived in Tucson from California in 1965, sent by her order, St. Joseph of Carondelet, to teach social studies and government at Villa Carondelet Academy, a Catholic girls’ school. When the school closed in 1969 she was hired by Salpointe High School. She also taught at Pima College.

She encouraged her government students to run as precinct delegates, positions several of them won. Her students goaded “Sis” to run for election herself. She won election as a Democratic Party delegate for McGovern and attended the 1972 Miami convention. After her successful campaign in 1974 for the Arizona House of Representatives, championed in part by her students, she quit Salpointe and began her work in the legislature in January, 1975.

Sister Clare was also one of the last Catholic sisters to serve in public office. In 1983, two years after her death, the Vatican forbade sisters to run for political office.

The induction ceremony will be held in Phoenix’ Arizona Historical Society–Papago Park, March 23, 3 to 5 pm. Four other women will be honored as Legacy and two as Living Legacy recipients. Attendance is free. For more information and to make reservations go to: https://www.azwhf.org/events/ 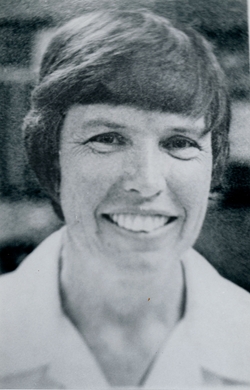