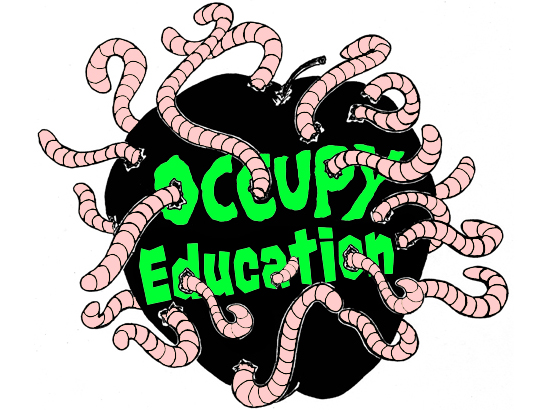 The movement for national standards and tests is based on these claims: (1)  Our educational system is broken, as revealed by US students’ scores on international tests; (2) We must improve education to improve the economy; (3) The way to improve education is to have national standards and national tests that enforce the standards, and rate teachers on the basis of student performance (value-added measures). Each of these claims is unfounded.

(1) Our schools are not broken. The problem is poverty. Test scores of American students from middle-class homes who attend well-funded schools are among the best in world. Our mediocre overall scores are due to the fact that the US has the highest level of child poverty among all industrialized countries (now over 21%, compared to high-scoring Finland’s 4%). Poverty means poor nutrition, inadequate health care, and lack of access to books, among other things. All of these negatively impact school performance.

(2) Existing evidence strongly suggests that improving the economy improves children’s educational outcomes. Yes, a better education can lead to a better job, but only if jobs exist.

(3) There is no evidence that national standards and national tests have improved student learning in the past and there is no clear evidence that using value-added measures based on standardized test scores to rate teachers is valid, despite reports in the media.  Teachers’ ratings based on previous years are weak predictors of test scores at the end of a year with new students. A teacher who succeeds in boosting scores with one group will not necessarily succeed with others. Also, different tests result in different value-added scores for the same teacher. In addition, there are ways of pumping up test scores without student learning, including teaching test-taking strategies and making sure weak students don’t take the test.

The astonishing amount of testing planned and what it will cost

No educator is opposed to assessments that help students improve. The amount of testing proposed by the US Department of Education in connection to national standard is far more than the already excessive amount demanded by NCLB, and will not help learning. The Department of Education is urging testing in more subjects, in earlier and later grades, including interim testing, and doing value-added testing (which means testing in the fall as well as spring). This could mean a 20-fold increase in testing over what we have now.

In addition, the cost of implementing standards and electronically delivered national tests will be enormous, bleeding money from legitimate and valuable school activities. New York City is budgeting a half a billion dollars just to connect children to the internet, primarily so that they can take the national tests. This extrapolates to about $25 billion nationally, about 5% of current annual k-12 total expenditures. And we can be sure that the computer companies will require us to upgrade every few years and maybe even start all over again: Remember ethernet?

This money we will spend on unnecessary testing should be spent to protect children from the effects of poverty, i.e. on expanded and improved breakfast and lunch programs, school nurses (at present there are more school nurses per child in low poverty schools than in high poverty schools) and improved school and public libraries, especially in high-poverty areas. Making these kinds of investments would raise test scores, and, more important, it is the right thing to do.

There is no evidence that national standards and national tests have improved student learning in the past: Nichols, S., Glass, G., and Berliner, D. 2006. High-stakes testing and student achievement: Does accountability increase student learning? Education Policy Archives 14(1). OECD

Amount of testing:
Testing in more subjects: The Blueprint A Blueprint for Reform: The Reauthorization of the Elementary and Secondary Education Act. United States Department of Education March 2010 In earlier and later grades: PARCC document

3 thoughts on “Is American Education Backing the Wrong Horse? (Yes)”