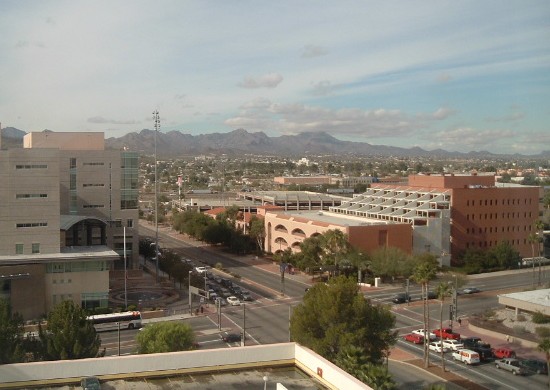 The City of Tucson’s initiative to increase city sales tax by 1/2 per cent over the next five years raised serious issues for me. In principle, I usually oppose sales taxes and increases thereof as regressive taxes that hit poor people, most of whose income is applied to subsistence consumption needs to which sales taxes apply. However, I am also fully aware of the City’s critical budget constraints, its very limited tax base and the need for additional resources to address major public needs that should be met at the municipal level. In particular, I am aware of the sorry state of City streets and roads. Those budget constraints are the result of state tax policies of our Republican Governor and Legislative majorities that limit the City’s taxing options.

Had Prop 101 earmarked the resources that would result from the proposed sales tax for improvements in public transportation and/or to mitigate the homeless crisis in our City, I would have voted YES. But Prop 101 plans to use those resources for street and road improvements and for more police vehicles and equipment. I do not believe that the poor, many of whom cannot afford vehicles and ride the bus, should pay for more comfortable driving by vehicle owners. Also, I question whether the top priority need is for more vehicles and equipment, rather than pay increases for police officers. Therefore, I voted NO.

So, how can Tucson more effectively and fairly overcome its critical budget constraints and provide the necessary service improvements? To begin, the City of Tucson should roll back the tax and other incentives to military-industrial corporations. Secondly, it should increase bus service frequencies to increase ridership and revenues, ideally including some form of disincentive to bringing cars into the city and strengthen public transportation. A broader question is the need to thoroughly reorganize the state tax structure so that more resources can be made available to local governments. That process could begin with a statewide initiative and eventually promote radical changes in state government that would be more favorable and more effective in bridging the budget gaps and improving local services. The Prop 101 five-year 1/2 per cent sales tax would be a temporary patch that would not come close to achieving those goals.