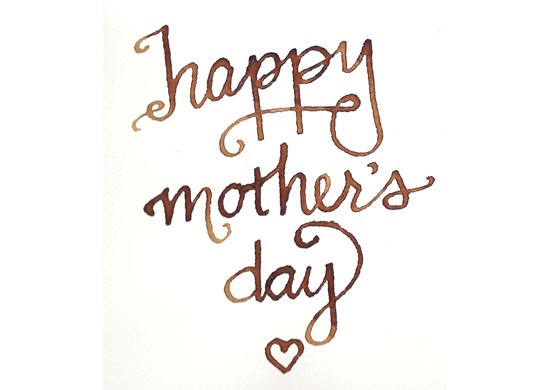 It’s Mother’s Day, a time to give thanks to the one who birthed you. This year it’s also time to reflect on what a mother is, and is not. Pope Francis has brought a serious question to the world’s mind about motherhood. “. . . we call this device a mother. What is happening?”

He was referring to the mother-of-all-bombs, or MOAB, officially named Massive Ordnance Air Blast. For fifteen years fifteen MOABs idled in the US arsenal. Donald Trump detonated one over Afghanistan near the Pakistan border on April 13. Will motherhood ever be the same?

The terminology is unseemly. Marrying our mothers to instruments of war is inherently offensive and subliminally oppressive. The appropriation of “woman” as a war symbol is strictly a male manipulation and, as such, affects our  chances of achieving a culture of equality.

But military use of “mother” symbolism is nothing new.

In 1991, Afghanistan’s Saddam Hussein called that war’s first fight the “mother of all battles.” It is likely the intent of Hussein’s statement was literal, as is common in Arabic, and he meant all future battles begin with this one and not the American slang appropriation of mother as meaning “the largest or best.” Considering that this war, our war, the longest in American history and counting is in its 26th year, Hussein’s words seem prophetic.

Mothers/women are harmed enough by war without their image as life-givers being co-opted to glorify violence and death. According to Amnesty International, “Women and girls are uniquely and disproportionately affected by armed conflict. Women bear the brunt of war and are the vast majority of casualties resulting from war.”

Just like Pope Francis, many mothers don’t give their blessings to mass casualties. And that’s what US Military use–and military slang counts–of the word “mother” as a war term does: assumes acceptance from women, that is, half of the US population.

A 2010 Pew Research survey found that 12 percent of women in the military were mothers – that’s over 25,000 women whose children risk losing their mother whenever the United States engages in military action. Did anyone consult them before repeating the pet name for MOAB?

Of course, some may counter that pairing mothers with bombs underscores the power that mothers have in society, but that would be a faulty comparison. According to U.S. Census Bureau, out of about 12 million single parent families in 2016, more than 80 percent were headed by single mothers. Today one in four children under the age of 18 — a total of about 17.2 million — are being raised without a father, and almost half –40 percent– live below the poverty line. For those living with father only, about 21 percent live in poverty. In contrast, among children living with both parents, only 11 percent are counted as poor.

In America, as in most of the world, most women struggle daily for a power base.

With that fact in mind, here is another item to include next time you contact your representative: By the way, tell the military, Don’t use mother or woman imagery to feed your war machine.

Leave us out of it.

Gallup polling conducted during the past four decades has shown that, typically, men favor the United States’ going to war to resolve disputes much more than women do.

And, to be very clear, just being a woman does not imply consent.