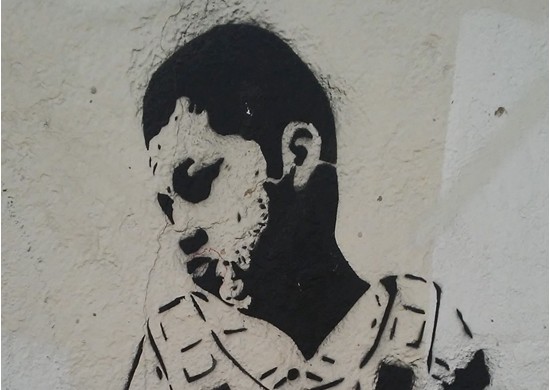 Border Patrol withheld video of the shooting to the public claiming it was mishandled or faulty and no longer presented a true visual of the event. Swartz’ defense was in court recently in Tucson, working hard to keep that video out of view of future jurors.

“Rocking,” as it is known, includes throwing rocks up and over the border fence and is the cause alleged for the majority of border shootings. Rocks allegedly thrown around 11 p.m. that night were reported to have injured a Border Patrol agent — Tesco, a canine.

A New York Times article published March 3, 2016 provides a convincingly sourced narration of the video by a high-level Border Patrol employee who describes Swartz arriving at the spot where two individuals climbing the fence into Mexico cling to the top of the fence during the shooting. The official describes Swartz getting out of his vehicle and immediately opening fire through the fence slats, even pausing to reload. Meanwhile, none of the agents or local police already on the scene has a gun drawn. The 20-foot high metal fence rides a 30-foot high ridge at this stretch of border where Agent Swartz shot downward, hitting only the backside of the unarmed boy as he walked, or ran, down the narrow southern sidewalk of Calle International. Defending Swartz’ actions will be an uphill battle for defense.

Swartz’ trial marks the first time an agent has been charged with the murder of a Mexican citizen on Mexican soil. But this is not the first such international incident.

Southern Border Community Coalition tracks Border Patrol killings. In the years between 2010 and June of 2016 there have been 50 deaths involving people of multiple nationalities, many U.S. citizens, some unidentified, one on the border with Canada. Six of the deaths have been cross-border shootings of Mexican citizens.

In a chilling seventh case, Jose Alfredo Yanez Reyes, 40,  was shot in the head June 21, 2011, literally on the border with Tijuana. Careful measurements attempted to support the U.S. claim that most of his body landed on the Mexican side of the line. The court, not buying the “gerrymandering” of the body, ruled that he died in the U.S., permitting a civil suit against the agent which settled recently. What a difference a line can make.

Mexico’s routine requests that agents who have killed Mexican citizens on Mexican soil be extradited for trial in Mexico are just as routinely denied.

If there is a conviction in Swartz’ trial, it would set precedent in holding Border Patrol agents in the U.S. accountable for the crime of homicide on the basis of excessive use of force in Mexico.

In an August 2013 interview, Taide Elena, Elena Rodriguez’ grandmother, simplified the deeper constitutional question facing Mexico and the U.S. — the question still to be decided by the courts: “[Can they] kill us with impunity because we are in Mexico?”

Elena Rodriguez’ family initiated a wrongful death civil suit against Swartz. But on June 26, 2017, the Supreme Court decision regarding a similar Texas border killing case sent the question of liability for cross-border shootings back to the Appeals Court.

Fifteen-year-old Sergio Hernandez Guereca was shot in the head by a U.S. border bicycle patrolman and died in the culvert between El Paso, Texas, and Ciudad Juarez, Mexico, in 2010. On appeal, the Supreme Court agreed to decide if non-U.S. citizens have the right to U.S. constitutional protections and heard arguments in Hernandez v. Mesa.

Had such rights been upheld, it would have meant that wrongful death suits pending in both Hernandez’ and Rodriguez’ cases, and four others, could potentially proceed.

In returning the case to the lower court, the Supreme Court concluded its writ, a statement of the Court’s agreement that circumstances in the case deserve review, with these words: “The facts alleged in the complaint depict a disturbing incident resulting in a heartbreaking loss of life. Whether petitioners may recover damages for that loss in this suit depends on questions that are best answered by the Court of Appeals.”

The decision means that all six pending civil cases effectively are remanded to the Court of Appeals.

It’s not the worst outcome. But newly appointed justice Gorsuch was not part of deliberations. He will be if or when the case comes before the court again. Obviously, the questions raised in Hernandez v. Mesa are complicated.

Justice Thomas dissented, stating that he would let stand the lower court order that Hernandez had no right to Fourth Amendment protection. However, in their dissent, Justices Breyer and Ginsberg argued that, based on its bi-national origins, shared use, and mutual investment and maintenance, the entire culvert between El Paso and Ciudad Juarez is the border, not just an imaginary line down its middle. In their convincing “factual border” interpretation the murdered teen would be eligible for Fourth Amendment protections.

Granting non-citizens killed across the border constitutional rights protection opens Border Patrol agents to personal liability for their actions regarding use of force on foreign nationals across our borders — the same rights to restitution granted U.S. citizens and foreign nationals on U.S. soil.

The Supreme Court decision to send the case back to the Appeals Court puts the issue of liability for cross-border shootings up for grabs, also known as subsequent deliberations.

Extending foreign nationals’ Fourth Amendment rights, which would include challenging wrongful death cross border shootings, is the moral choice America must make to keep the “beacon of freedom” lights flickering. Failing to do so gives blatantly unfair civil advantages to U.S. law enforcement, denigrates our neighbors’ status and rights by comparison, and damages our troubled but incrementally progressive history of human rights recognition.

Seldom is anyone in law enforcement criminally convicted in the U.S. But civil court can provide both a conviction (with no prison time) and restitution, one way that America counterbalances its convoluted system of justice.

The Supreme Court’s “walk back” also delays consideration of the use of surveillance technology along our borders, a topic that raised questions during the court’s hearings about exactly where a border lies. Justice Roberts voiced concerns about drone pilots in Nevada being held responsible for deaths in the Middle East.

The Supreme Court’s decision does at minimum acknowledge the “heartbreaking loss of life” borne by those whose unarmed loved ones have been killed in cross-border shootings by U.S. Border Patrol.

Where exactly does justice on the border lie?

Photo (“An anonymous graffiti artist painted Jose Antonio Elena Rodriguez in a bulletproof vest near the spot in Nogales, Sonora, where he died” — detail) and  text copyright by Norah Booth 2017. All Rights Reserved.