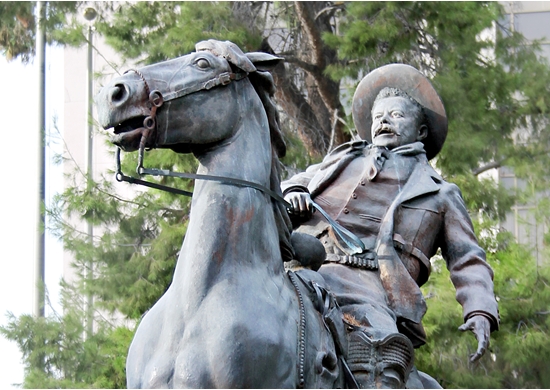 In what may be a definitive rebuke of racism “in both enactment and enforcement,” U.S. District Judge A. Wallace Tashima ruled last week that the Arizona law prohibiting courses specifically designed for certain ethnic groups is illegal.

In 1998, in the face of dismal graduation rates for minority–and especially Hispanic–students, a panel of education experts convened to devise curriculum intended to reach Tucson Unified School District (TUSD) minority students. The idea of Mexican-American Studies (MAS) was to empower students by connecting them to their education through teaching their ethnic history, a given to Anglo students.

For the next nine years, the K-12 program quietly raised Hispanic students’ achievement in the district.

In the years since the lawsuit was first brought against the state of Arizona by students, parents, and teachers, ethnic studies for diverse nationalities has gained acceptance and popularity in school districts around the nation.

Educators directly inspired by the TUSD experiment also report better connection to learning and increased graduation rates as the positive outcomes of teaching minority students about their cultures in ways inclusive of and meaningful to them.

But the story inside this story is how a small group of students–only 1300 or 3% of the 51,000 students in the district were enrolled in MAS courses at the time they were dismantled–woke educators nationwide through non-violent protests broadcast by the media. MAS students energetically, peacefully, theatrically, and tirelessly resisted what Judge Tashima has labeled “racial animus” on the part of Arizona’s department of education.

The students’ playbook was largely written by Martin Luther King Jr., whose nonviolent resistance tactics they studied in class. For example, “Nonviolent direct action . . . seeks so to dramatize the issue that it can no longer be ignored.”

The match that ignited the campaign against MAS was lit by guest speaker Dolores Huerta, American labor leader and co-founder of what became the United Farm Workers, when she commented, “Republicans hate Mexicans,” while addressing TUSD students.

Tom Horne, then-superintendent of public schools, responded by bringing a representative of his to the next school board meeting to respond to Huerta’s comment. Her one rule was that no students could ask questions

MAS students, seated in the boardroom, their mouths covered with tape, stood up. They turned their backs on the speaker. Some raised clenched fists in the air. Horne called their actions “rude” and initiated his campaign to eliminate the program.

To say the atmosphere around MAS became racially charged is understatement.

National press followed subsequent demonstrations. Along the way, Horne was invited to attend classes to see for for himself what was being taught. He declined. In a show of force, one hundred books were removed from MAS classrooms, among them Shakespeare’s The Tempest. Students’ response to book banning was to stage a walkout to a venue where they read and discussed the confiscated texts.

By April 2011, the school board, facing $14 million in funding cuts due to MAS, met to vote to remove the classes from core curriculum credit. Protesting students stormed the meeting, which was halted when the board walked out. Triumphant students noisily chained themselves to board members’ chairs. Police declined arrest. Media coverage went the 2010 version of viral. The board later voted to dismantle the program.

The most elegant protest was a ceremonial run from Tucson, 120 desert miles, one team of runners relaying their message wrapped in a carrier to the next. As they crossed the Tohono O’Odham reservation they were accompanied by runners from the tribe. The MAS run ended at the Phoenix capital where their words were delivered to an albeit non-receptive legislature. The legislature’s tepid response neither surprised nor discouraged the runners.

In a clear denial of the powers that dictated the demise of MAS, the court determined that Horne, elected Arizona Attorney General in a self-created media glare, and John Huppenthal, who took Horne’s place as superintendent of schools, engaged in

. . . pursuing discriminatory ends in order to make political gains . . . repeatedly pointed to their efforts against MAS in their respective 2011 political campaigns, including in speeches and radio advertisements. The issue was a political boon to the candidates.

Ninety-three percent of the MAS students graduated high school. College attendance and graduation are also high for this group. At least one recently earned a PhD.

A 2012 documentary, Precious Knowledge, captures the Tucson students’ story and is shown nationwide in many ethnic studies classes.

But to be fair, had the students not championed resistance, drawing so much attention to what the U.S. court has ruled as racism, this outcome may never have happened. With their peaceful demonstrations, the victory that can never be overturned is the success of students who practiced what they were preached.

Having lost so spectacularly, it remains to be seen if Arizona’s Department of Education will put the state through an expensive, extended legal challenge to the court’s decision.

Sadly, what has been lost is the original MAS curriculum. A state-approved replacement program is still popular in TUSD, in spite of its watered-down content, reinforcing how powerful the need students have for meaningful cultural involvement in their own education.

It very well could be that courses in ethnic studies, open to all, will prove critical to our democracy.

Pictures by and courtesy of Piamedea Digitography. Copyright 2018. All rights reserved.