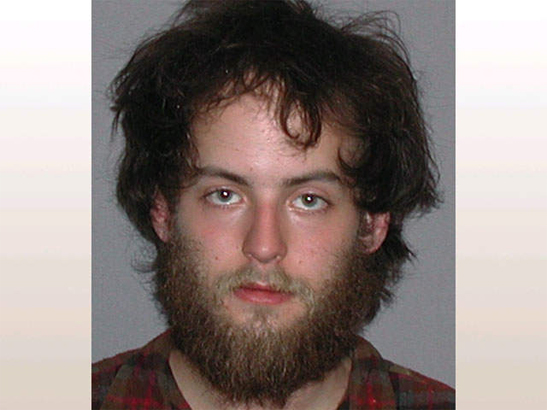 The FBI says the five arrested before May Day are terrorists, but friends in Cleveland say they were goaded on by informant

Like real-life Avengers, the FBI and 23 separate police agencies joined forces and pounced on a band of villains hell-bent on sowing chaos in a sleepy Midwest suburb earlier this month. The FBI reassured the world that thanks to the “swift collaborative action” of law enforcement, it had rounded up five “self-proclaimed anarchists … intent on using violence to express their ideological views” by attempting to blow up a bridge near Cleveland on May Day.

Now, the Cleveland Five look more like bedraggled punks than diabolical geniuses, but surely doom was averted in the nick of time. In fact, the G-Men admit the exact opposite: “At no time during the course of the investigation was the public ever in danger.”

So if there was no threat, what really happened? This case was a familiar set-up in which the FBI fishes for dupes it can manipulate with informants and agents who stroke their marks, plant ideas, suggest the plans, provide money, weapons, vehicles and then heroically foil a terrorist act of the FBI’s own design. Since September 11, scores of these entrapment cases have been sprung on Muslims in America. It appears the Occupy Wall Street movement is now worthy of the same treatment.

And why not? The FBI’s top priority is counter-terrorism, and it has an $8bn budget to justify, which is close to Taiwan’s annual military expenditures. Springing terrorism traps makes it appear that if not for the FBI, America would descend into Middle East-style mayhem. For informants, there is the lure of cash and leniency for felonies. For agents, it means career advancement.

The Cleveland Five – Brandon Baxter, 20; Anthony Hayne, 35; Joshua Stafford, 23; Connor Stevens, 20; and Douglas Wright, 26 – were allegedly goaded by a criminal on the FBI dime who said “I could show you” how to take down a bridge, led them to the bridge, told them taking it out “would cost the corporate big wigs a lot of money”, secured inoperable C4 explosives provided by an undercover agent, and then warned them they are “on the hook” for it. The informant also provided them with jobs, money, a place to live, a friendly ear, beer, pot and the prescription stimulant Adderall.

Because the bureau announced the arrests on May 1 as Occupy protests were taking place in some 110 US cities, many observers claim they were politically motivated. Then on May 19 and 20 authorities slapped five men with terrorism charges during anti-NATO protests in Chicago. Will Potter, who analyzes FBI entrapment plots in his book Green is the New Red, says the two incidents are “a reflection of an ongoing pattern of behavior from the FBI of singling out political activists and having a direct influence in creating so-called terrorist plots for the purpose of proclaiming a victory in the war on terrorism.”

In the Cleveland and Chicago cases, the FBI is so desperate to manufacture terrorists it is now netting children. In Cleveland friends and family describe the boys – which everyone calls them – as lost souls who had found hope in the Occupy movement. Lea Tolls, a 46-year-old self-described “Occu-mom,” says: “They are angry. Some have mental illnesses, and there is alcoholism and abuse in their families.”

Prior to the arrests, all five except Doug Wright lived at a dilapidated brick warehouse, dubbed “the Fortress,” which Occupy Cleveland had leased as a crash pad. In mid-May I visited the warehouse on a dead-end street and was immediately assaulted by pungent toilets, stale cigarette smoke, soiled dishes, tinny rock music, crude political graffiti and dank youth slumbering in the mid-day heat.

It was Anarchist Romper Room.

Zachy, a lanky 21-year-old with crudely shorn blonde hair, spilled the beans on the scene. “A lot of us had never lived in a communal situation. This was the first time living away from our parents. Dishes were always a fight. We’re a bunch of uneducated kids.”

As a half dozen people hand rolled and smoked cigarettes, I asked them what the Cleveland Five were capable of on their own. The answer was spray painting graffiti. Zachy said last fall “we created a group called the Revolutionary People’s Army. We were being romantic. We were drunk and high. … Doug, Connor, Brandon, Joshua and Tony were all involved in the RPA. It turned into spray painting Guy Fawkes masks, ‘Rise Up’ and ‘RPA’ and ‘circle A’ anarchist symbols around town. It was silly kid things.”

Some were also horsing around with smoke bombs. It was from these childish antics that the FBI claims that Doug Wright dreamed up the initial ludicrous plot – deploying smoke bombs as cover while blasting off bank signs from the 947-foot-tall Key Bank tower. From there the plot allegedly evolved into using plastic explosives to topple a bridge, all with the help of the FBI informant dispatched to infiltrate the movement.

Lea Tolls calls the five “boys playing cowboys and Indians with fireworks and spray paint. They were trying to empower themselves and passionately wanted to change their world. Instead of helping them, the FBI targets them for something nefarious and violent. It’s just disgusting that the government uses them towards this end.”

It wouldn’t be the first time. The FBI’s rap sheet is a history of political repression: the Red Scare after the first world war, the anti-Communist purges following the second world war, the disruption of the anti-Vietnam protests, student and black liberation movements in the 1960s, spying on Central American solidarity activists in the 1980s. In addition to targeting Muslims during the last decade the FBI has termed “animal rights and environmental extremists” and anarchists as domestic terrorist threats. It has used infiltrators, most infamously one code-named Anna, to entrap leftist activists.