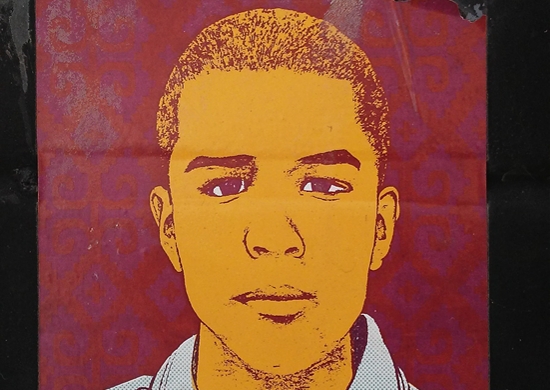 The shooting death of 16-year-old Jose Antonio Elena Rodriguez on October 10, 2012, was the U.S. Border Patrol’s sixth cross-border killing of an unarmed Mexican citizen. The Mexican government requested, routinely, that the accused be extradited to Mexico for trial. Routinely, the U.S. government denied this request. Would this be the first time a border patrol agent receives second degree murder conviction for cross-border shooting of a Mexican citizen?

In this case, the U.S. Government, think about it, charged the U.S. Government with a crime. On both sides of the trial taxpayers foot the bills. This incident could not remain without redress from the courts. There were too many questions about the amount of force used on the victim, the superior weapon and vantage point for the shooter–behind a 22 ft metal fence resting on at least a 13 foot embankment–and, oh, so many bullets: 16, the eight that hit him in his back and another two in the back of his head.

Raised once again are questions about law enforcement standards for legal use of lethal force. The dial on those standards seems nudged to favor acquittal of the officer or agent. There always seems to be enough room to dismiss egregious, certainly in the public’s eye, cases of use of force.

An example is wording such as defense lawyer Sean Chapman cited in this case: “Reasonableness is determined at the moment that force is employed.” How does that standard have any bottom? “You don’t have to find him innocent, just not guilty,” Chapman told the jury. After the first bullet, Chapman explained, Swartz’ actions don’t matter because “he was shooting a dead person.” Lawyers may argue that only the first bullet counts, but the public on both sides of the border never understands that logic.

Chapman argued that it only matters what Swartz “believed,” so if he believes he’s protecting other agents who don’t perceive the same threat, so be it. If he hears an agent say he has been hit by a rock, and, even if the agent later testifies he does not recall saying that, it is still what he believes and it passes the test for use of force? If he believes going to the fence and shooting “an adult-sized” individual because he knows rocks thrown could turn out to be “a bottle exploding in his face,” and, as Swartz testified, “I chose to defend myself,” then, that’s okay? I could go on citing this line of defense from Chapman, but in my mind I keep hearing Allen Foraker, Swartz’ Border Patrol firearms instructor, under oath, shouting in court: “I see no intent . . . he should not have shot anyway. That’s not a justified shooting!”

Chapman said because that night Swartz was working at the port he was not armed with less lethal force, which the port does not permit. He did have his pistol. “Does that make him a hothead?” Chapman asked, referring to Swartz walking into the situation with only a gun for protection.

Prosecution suggested Swartz had his own agenda that night. Chapman stated nothing in prosecution testimony shows “[Swartz] had a temper . . . that he was fed up with rock throwers,” as prosecutor Wallace Kleindienst suggested. Here’s a sticky point: The court denied information to the jury, published by Paul Ingram in the Tucson Sentinel on February 2 of this year, that Swartz, in November 1995, signed up with the U.S. Army and by January walked away. Twenty-one months later he was arrested in Las Vegas by local authorities and the FBI. Eventually, he received a less than honorary discharge. About 13 years later, when applying for Border Patrol, he falsified his application by leaving out his arrest record. Could it be he was fed up with rock throwers that night? Also withheld from court was that Swartz is on unpaid leave from Border Patrol.

One of the witnesses for the prosecution in this trial, Dr. Philip Trompetter, vets police officers for municipalities. A video about police recruitment on the CBS Sacramento news May 19, 2017, explains that of the 1,000 persons who applied for the Sacramento police force in 2016, using Dr. Trompetter’s extensive screening only ten were selected. “You want to make sure through the testing that they’re thoughtful people, that they can put themselves in other’s shoes emotionally, which is empathy,” Dr. Trompetter is quoted in the accompanying article.

The recent shooting in Sacramento of a black man holding a cell phone throws up in our collective face once again issues festering in our society: a toxic mix of guns, law enforcement use of force, and race. Unknown is if the officers involved in the Sacramento shooting passed Dr. Trompetter’s tests, but there is common sense to the idea of greater attention to screening for suitability for such stressful, difficult jobs.

Did Border Patrol have the obligation to better scrutinize Swartz? Any form of law enforcement is not for many. There exists a string of clues Border Patrol Agent was never suitable employment for crack shot Lonnie Ray Swartz.