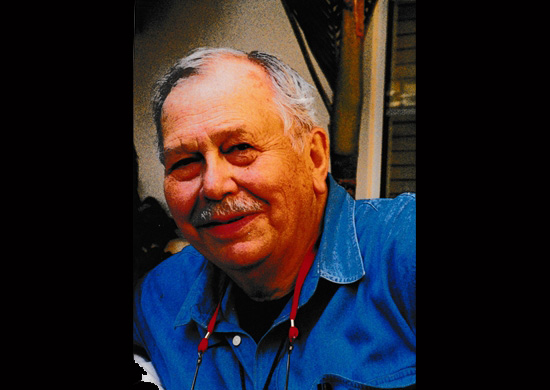 Soon after I first arrived in Tucson in September 1960 as an idealistic undergraduate Government student at the University of Arizona, I learned that there was only one lawyer in town who would take on the cases of the victims of the system in southern Arizona, against all odds of success, W. Edward Morgan.

In that first year of the freedom rides to integrate the south, at least one participant, Ed Blankenship, was from southern Arizona. Students for Equality at the U of A was one of the organizations sponsoring them, and also boycotts of restaurants like the Pickwick Inn that would not serve African Americans. Among other major issues of the day were the siting of 18 silos with Titan missiles around Tucson, the beginnings of the peace movement with annual protest marches from downtown Tucson to Davis-Monthan Airforce Base, and the campaign against the House of Representatives’ Committee on Un-American Activities. Ed Morgan was active in all of these movements and also counseled conscientious objectors to the military draft, including me, in the early stages of my Vietnam War draft dodging.

After a long life as advocate for racial justice, campaigner against capital punishment, and master of infinite legal issues in celebrated human rights and civil liberties cases, Ed Morgan died at a hospice on the west side of Tucson on September 20, 2017. My role model, confidant, and good friend for 50 years, Ed was 94.

Ed was born in New York City on January 25, 1923. He suffered physical disabilities as a child, wore leg braces, suffered from respiratory ailments, and spent prolonged periods of time in children’s orthopedic hospitals. He recalled a visit from Eleanor Roosevelt to a New York City hospital where he was being treated in the late 1920s. At the time, Eleanor’s husband Franklin Roosevelt, a polio victim since 1921, was Governor of New York.

During his convalescence, Ed acquired a passion for books and learning what he could about the human condition. He was an avid reader on a wide range of topics, including politics, labor and Southwest history, philosophy, art, and fiction for the rest of his life. In his later years, whenever he was in the neighborhood, he insisted on visiting The Book Stop on North Fourth Avenue, in Tucson, where he had an account.

Ed came to Tucson, principally for reasons of health, in 1935, with his mother, Mae Morgan, who was by then estranged from Ed’s father. Upon arrival, his mother sought to enroll him at Safford Elementary School, across the street from their home. He and his mother were told by the school administrators that Safford was a “Mexican” school and that he should enroll at Mansfeld, an “Anglo” school, since he was white. His mother insisted that he be allowed to enroll at Safford.

His experience at Safford no doubt helped inspire his passion for fairness and equality. He learned Spanish in order to communicate more easily with his classmates. Ed later attended Roskruge Junior High, Tucson High School, the University of Arizona and the U of A Law School, graduating in 1945.

While at the U of A, Ed was threatened with expulsion for his opposition to racially segregated dormitories and efforts to organize an integrated dorm off campus. More than 70 years later, he was honored with a life-time achievement award from the same U of A Law School, one of numerous awards he received for civic service to the community.

One of Ed’s early law partners was Carl Waag, a former Southern Pacific Railroad employee of Norwegian descent, who became concerned about Southern Pacific’s neglect of safety issues that resulted in avoidable deaths. Carl left Southern Pacific in the late 1940s, studied law at the U of A, and upon graduation set up a joint office with Ed at 180 North Court Street in Tucson. Carl won many judgements against Southern Pacific for the families of victims of railroad accidents.

Ed practiced as a civil liberties and criminal defense lawyer in Tucson for 65 years. During that time, he took on numerous human rights cases, in which the victim was unable to pay his modest fees, often without any compensation at all.

In 1951, before the 1954 Brown vs. Board of Education decision, Ed represented the National Association for the Advancement of Colored People (NAACP) in contentious actions during Tucson’s struggles to integrate its public schools. In 1964, he went on two occasions as a volunteer in the Mississippi Freedom Summer, an effort to register African Americans to vote, before the Voting Rights Act was enacted.

Ed also represented clients in child welfare cases in southern Arizona courts. In his memoir, Adversity is My Angel, former judge, Governor, and Ambassador, Raúl H. Castro, mentions that in one of his cases, Ed Morgan was wearing “horrible orange shoes on his enormous feet”, which distracted the attention of the jurors, probably a part of his courtroom strategy.

During the Vietnam War, Ed founded the Tucson Draft Counseling Service, which helped more than 3,000 men, including both those eligible for the military draft and those already in the military who were considering getting out for reasons of conscience.

Ed represented more than 20 death row inmates, including at one time in the 1960s all of the 14 men on Arizona’s death row. In those days death row inmates who could not afford defense counsel were not provided with that service by the courts. All but two of Ed’s capital punishment clients escaped execution as a result of his astute legal maneuvers. He considered those defenses among his most important achievements and blamed himself for not being a good enough lawyer to save the two who were executed. Ed requested that upon his death, in lieu of flowers or other gifts, those who wished to honor him do so with donations to Death Penalty Alternatives for Arizona, a non-profit organization active in opposition to capital punishment.

Ed’s most celebrated case was Elfbrandt vs. Russell. In that case, which began in 1961, a teacher in the Amphitheater School District, Barbara Elfbrandt, a Quaker, refused to sign Arizona’s new loyalty oath, which required public employees to affirm that they were not members of the Communist Party or any subordinate or successor organizations. Among the organizations attacked by proponents of the loyalty oath were the American Civil Liberties Union (ACLU) and the NAACP.

Joining Elfbrandt in refusing to sign the anti-Communist disclaimer oath were three other Tucson teachers: her husband Vernon Elfbrandt, Clyde Appleton, and Gerald Dulgov. A Yavapai Indian on the Fort McDowell Reservation, who was a World War II veteran and a State of Arizona employee, also refused to sign, proclaiming “better red than dead”.

Under the terms of the statute, continuing public employees who refused to sign the loyalty oath were not dismissed from their service, but they could not be paid. So, Barbara Elfbrandt taught without pay for the five years it took to get the case through the court system, and Vernon Elfbrandt did so for four years. The landmark US Supreme Court decision in 1966 was based on the first amendment right of assembly and on the excessively broad nature of the loyalty oath law.

During this time, while the Elfbrandts taught without pay, their friends and supporters provided them with meals and conducted a fundraising effort to cover court costs while their landlady, Tucson philanthropist Helen D’Autremont, excused them from rent for the duration of the case, in solidarity. Once the case was won at the US Supreme Court, although the Court awarded back pay for Barbara Elfbrandt, they still had to sue to recover back pay for Vernon Elfbrandt, Appleton, and Dulgov. The Elfbrandts used their back pay to buy their home near A-Mountain, after D’Autremont’s death.

Ed Morgan won another important US Supreme Court victory in the Westbrook vs. Arizona case, also in 1966. That decision overturned a first-degree murder conviction, on grounds that the defendant, who had waived his constitutional right to legal counsel, had never received a hearing to determine his competence.

Barbara Elfbrandt left her teaching position soon after her Supreme Court victory, to study law at the University of Arizona. Upon graduation in 1971, she joined Ed Morgan in his legal practice on civil rights and other humanitarian matters. She and another partner, Neil Miller, took over the law firm, when Ed served as an appointed City of Tucson magistrate between 1976 and 1978. In the 1970s and 1980s, Barbara headed the American Friends Service Committee (AFSC) program in Arizona. Then between 1988 and 1993, she served as Director of the Quaker UN office in New York, returning to Tucson upon completion of a five-year assignment.

Ed Morgan was a life-long Democrat, active in party politics. In 1968, he ran for Arizona Superior Court and lost narrowly. And in 1970, he was a finalist in a selection for the Arizona Court of Appeals.

He was also for many years an active Episcopalian, who served as a vestryman at St. Michaels and All Angels churches in Tucson. Then, when he was in his 60s, his mother revealed to him the family secret, that he had been born a Jew. After that revelation, Ed studied the Jewish tradition and Talmudic law. He was bar mitzvahed at age 84 at Temple Emmanuel and was buried in accordance with Jewish rites.

Beginning in 1972, Ed taught law and became chair of the faculty of Antioch Law School in Washington, DC, until it closed for financial reasons. He then practiced immigration law and served as an Assistant Attorney General for Arizona in the civil rights division. Upon his return to Tucson in 1992, Ed continued to defend victims of the system. He was forced to close his law practice in 2006 by a series of debilitating strokes.

Even after his strokes, Ed remained active in human rights circles, and met weekly with fellow lawyers and other human rights advocates, during his celebrated Wednesday lunches at La Indita Restaurant on West Fourth Avenue, until shortly before his death. Those Wednesday lunches at La Indita continue with the active participation of Barbara Elfbrandt and other close associates who honor their mentor’s life and work.

Following his death, University of Arizona Law School Dean Marc Miller referred to him as “the embodiment of a lawyer committed to public service. He defined his life as a lawyer not by what he did for pay but by the causes he took up for others as a matter of principle. He pursued a life in the law with passion, skill, and humor. He leaves a great legacy for future lawyers.” Emeritus U of A Law School dean Charles Ayres, speaking at Ed’s memorial event on November 25, 2017, commented that Ed Morgan’s approach to the law involved “great imagination, beyond what most lawyers see in the law.”

I think it is fair to say that most of the lawyers in southern Arizona who are now working on human rights, immigration, justice reform, and similar progressive issues have been inspired by Ed Morgan’s life and work as precursor to their own work and values. Above all, the many victims of the system that he defended have learned how the boundaries and limitations that once constrained or oppressed them can be broken down and justice obtained.

2 thoughts on “Ed Morgan: Attorney for the Victims of the System”