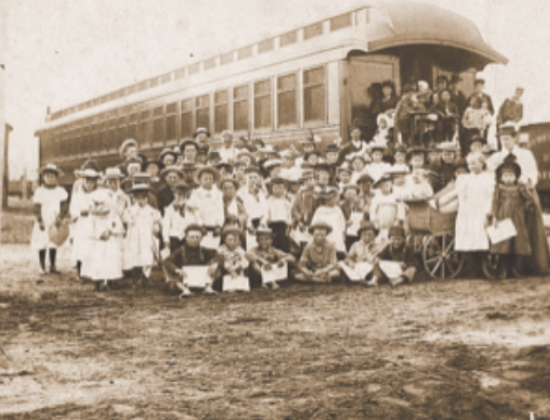 This is getting me where I live.

For the past twenty years I’ve been touring the country with “Riders on the Orphan Train,” as educational outreach to raise awareness about the 250,000 children who were sent by train from New York to every state in the continental US to find new homes. The largest child migration in US history took place over a 76-year period between 1854 and 1929. Most people today are unaware of this part of our history. That is why I do this work.

I want to share a few facts that are relevant now at THIS juncture in our history and how we treat children today The children who rode the trains from NY in the 19th and early 20th centuries were a mixture of native-born New Yorkers, children of immigrants from Ireland, Germany, Italy, Sweden, and everywhere else in Europe. Many of these children were, indeed, orphans; at least half were the children of single parent families who could not raise them because there was no social safety net in those times. In many cases, extended family that could have cared for the children were still in Europe. The children were “surrendered” to public institutions and in some cases, removed from their homes by social services and placed in orphanages. Soon, the overcrowding of these institutions necessitated a plan. Hence, what was called “The Placing Out” system, or what we now call the Orphan Trains. Some people are horrified when they learn of this history that pre-dates the foster care system.

The trauma of the separations left their mark on these children, even the ones who found good homes. There were heartbreaking stories and happy endings and everything in-between. But what I want to emphasize here is that the two organizations responsible, The Children’s Aid Society of New York and the New York Foundling Hospital were non-government organizations relying largely on volunteers and philanthropy who hoped for the kindness of strangers to take these children in. They sent agents out on a YEARLY basis to check on these children and send back reports. These records still exist today at the New York Historical Society, though, because of New York State law, the records are sealed to all except those within two generations of the child in question. But records were available. In some cases, the parents who had to surrender their children found themselves in better circumstances and asked that they be reunited with their children. They were. Because the organizations knew where these children lived, or at least knew where they had left them, families were reunited.

Today, ICE, Homeland Security and other organizations involved the the “zero tolerance” policy are completely chaotic. Today we find that many of the children who were separated from their parents are “lost” in the system. This is what gets to me. There are pre-verbal, “tender age” children somewhere out there who cannot speak their names. While we hash out our immigration policies, children disappear, hostage to political in-fighting while parents search for them.

Surely we can do better in the 21st century.