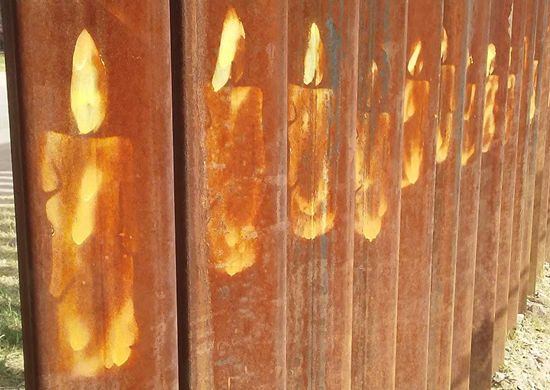 A federal court convened again over the cross-border shooting death of Jose Antonio Rodriguez by Border Agent Lonnie Ray Swartz. The hearing was held in Tucson on Monday morning, August 13, 2018. Both sides presented motions to be ruled on by Judge Raner Collins.

Defense wants the two charges of voluntary and involuntary manslaughter dismissed–which would end all prosecution – because, they argued, the first trial already acquitted Swartz of 2nd degree murder and a second trial is “fundamentally unfair.”

Prosecution pointed out that the court has already approved the decision of presenting the jury three possibilities for conviction from the beginning. The jury was well informed of the distinctions: 2nd degree murder conviction requires a judgment of premeditation, the only difference between it and the lesser two charges of voluntary and involuntary manslaughter (apart from sentencing). Prosecution said the state has the right to argue at retrial for a verdict that fits the charges. “The facts,” prosecutor Kleindienst said, “support a jury finding” – that is, a trial.

Sean Chapman, lawyer for the defense, asked that the discoloration on the teen’s shoes and pants not be disputed in court as being anything but rust, which defense says Rodriguez acquired climbing the border fence. Prosecutor Wallace Kleindienst says testimony about climbing the fence was not included in the previous trial.

Two motions prosecution presented have to do with restricting or omitting the testimony of two of the defense witnesses.

Another motion introduced seeks disclosure of information ruled inadmissible in the first trial regarding Swartz’ arrest history and his failure to disclose this information to the Border Patrol on his 2010 application. As reported by Paul Ingram in the Tucson Sentinel earlier this year, in 1996 Swartz enlisted in the U.S. Army, but a few months later in 1997 went absent without leave. About a year later he was picked up by the FBI and Las Vegas law enforcement in a Las Vegas hotel. He was arrested at the time and eventually received a “less-than-honorary discharge” from the service.

In his 2006 application for Border Patrol, Swartz included his arrest history. He was still within a 10 year window which requires past arrest record disclosure. He was not interviewed for the job.

About four years later he re-applied to Border Patrol and this time did not include his arrest record, although the form did request arrest history. He was hired.

Prosecution seeks a court order for documents from Las Vegas law enforcement of Swartz’ arrest. A court order is the only means of acquiring the information. Swartz has stated he was not even handcuffed by the officer at the time. Prosecution contacted the Las Vegas officer and quotes him saying that, while [the officer] did not recall that particular arrest, it was “a standard operation and [Swartz] was formally arrested,” which would include being handcuffed.

In its request, prosecution invoked Arizona Statute 608 regarding “a witness’s character for truthfulness and untruthfulness” and the circumstances under which the statute can be used.

“There may be nothing there,” assistant prosecutor Mary Sue Feldmeier said about a possible outcome if the court acquires the documents.

Defense argued against the motion, citing the 10 year rule and prejudicial effect disclosure at trial would have on a jury.

The trial is scheduled for October 23.