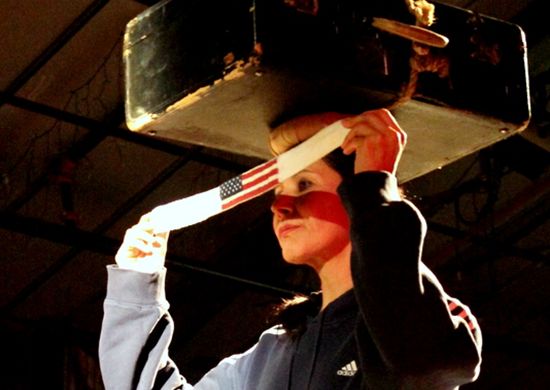 This review of Binational Encuentro: Female Migrations, performed on October 13, 2018, at the Whistle Stop Depot in Tucson, Arizona, is particular to artist Violeta Luna. Two other strong performances that evening were “Fierce Femmes with the Audacity to Survive” by spoken word artist Leilani Clark, and “Visceral Permeability,” danced by M. Jenea Sanchez and Bibi Harris.

Artist/activist Violeta Luna did not speak during her Tucson performance. The Whistle Stop Depot was filled with a mostly young, Hispanic audience, many of them students who took seats on the concrete floor. Luna’s tactics were layered with, first, a live sound mix of noise, loud voices, some in English, some mashed into indistinguishable languages, salted with music or just seemingly random clanks and grindings, at once annoying and eventually accepted, composed by David Molina, whose own story is part of the performance.

The presence of this wall of sound was critical to the event. The only escape would have been to leave and, once hooked in, leaving was not an option. For me, just from the sound effects the room was transformed into a platform, perhaps a way-station, its temporality enhanced by the trains rolling through Tucson, horns blasting, close behind the Whistle Stop’s southern windows.

A second installation was a large screen with the artist in a repetitive video that, accompanied by the sound wall, lulled the audience into quiescence and acquiescence. I have been at the Nogales, Mexico, border with people lining the concrete, waiting for a chance to ask for asylum. It reminded me of that. But as the encounter progressed I began to suspect that everyone there was having a very personal experience and that these might all be entirely different.

Luna soon arrived with a suitcase. The video eventually changed. By now the audience was in a state of full engagement. What unfolded from here was such a humble act of a performer’s vulnerability to an audience that viewing felt more like being in a trance. She engaged with her audience, asking participation from those close in that seemed to touch all. She performed experiential artwork on everyone in attendance. The event was moving.

At the end Luna spoke and thanked the audience for sharing her dreams, which it seemed everyone did. We entered into her dream which is much bigger than she. Our dreams like our lives are intertwined. We are all, with the exception of Native Americans, immigrants in this America, itself a dream of freedom. Who are we, what do we become, when we reduce people–others–to bodies we can label as “illegal, “criminal,” or “invader”?

Luna makes her audience feel, and then leaves them to think. 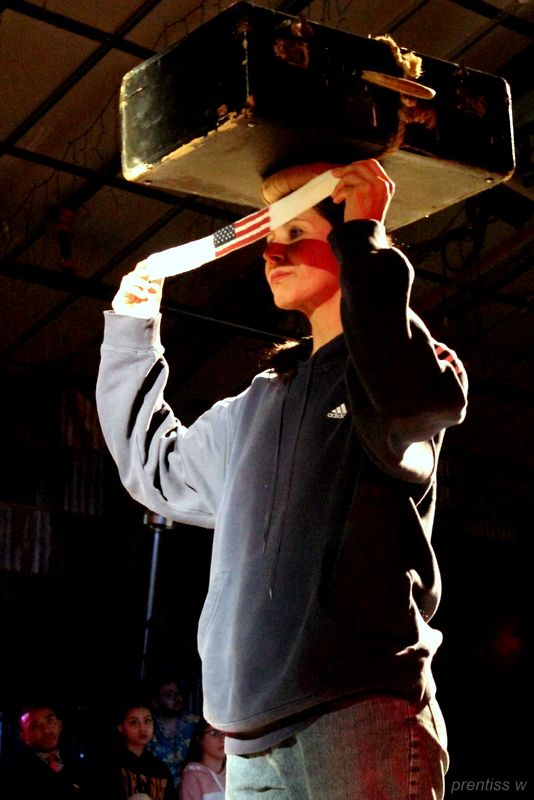