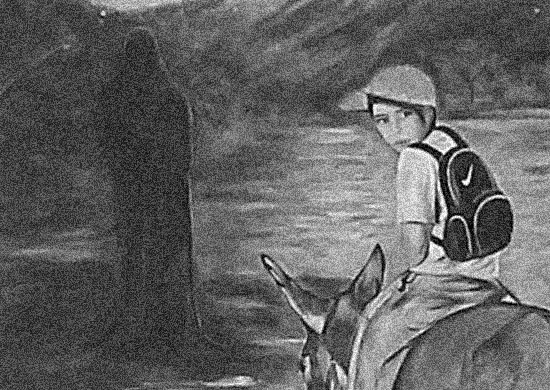 “Kids on the fence.”

That was the radio message heard at Nogales’ DeConcini port of entry that sent Border Patrol agent Lonnie Ray Swartz and several of his colleagues running west into the street along the border fence on October 10,2012.

Swartz was the only agent to purposefully step up to the international barrier that night and in 34 seconds fire 16 bullets from his A&H P2000 service pistol through the slats, landing eight bullets in the back and two more in the back of the head of alleged rock thrower Jose Elena Rodriguez, 16. In fact, until Swartz fired no other agent had a gun pulled and the only other agent to remove his pistol from its holster was not positioned near the incident and was reacting to the sound of Swartz’ gunfire.

In the first trial, concluded last April, Swartz was acquitted of 2nd degree murder, but the jury “hung” on two other charges. Six years after the shooting, Swartz’ second trial ended on November 21, 2018, with his acquittal on the charge of involuntary manslaughter.

“If you don’t have pictures, it didn’t happen” is a current saying. There were plenty of pictures at trial along with experts to explain to the court what it was seeing. One video encased grainy footage of tiny figures in colored cylinders to discern their movements. One animated a shirtless, cartoon-like, muscled character making throwing motions with its right arm. Prosecution repeatedly stated Rodriguez was a lefty.

Burden of proof was on the prosecution, acting for the Department of Homeland Security (DHS). Border Patrol falls under DHS jurisdiction. This case was brought by DHS against an agent under its own umbrella. As mentioned in The Economist recently, there are fewer shootings by America’s police than by police in most countries. “In America, as in Europe, a cop who kills unlawfully can expect to be punished.” Statistically, few get prosecuted and most of those get off.

It was prosecution’s task to convince the jury that Swartz swims in the dirty pool of law enforcement that uses the badge as cover for deviant behavior.

Swartz was not two years on the force when he killed Rodriguez. Within that time span he also deployed “less lethal weapons” of pepper spray or stinging rubber pellets six times at people on the other side of the fence for alleged “rocking” when alone or with another agent.

Prosecution pointed out that this number of engagements for an agent was above the norm along the border fence.

Prosecution attorneys Wallace Kleindienst and Mary Sue Feldmeier presented a strong case, as evidenced by difficulties later in the jury room. Prosecutors have been criticized by activists for agreeing that Rodriguez was throwing rocks that night.

Since 2010 there have been 81 people die from encounters with border agents, 49 since 2012. Swartz is one of only a few agents taken to trial. This case was sufficiently egregious that DHS could not ignore it. Plus, there was video.

One hundred percent agreement is a high bar for conviction. Only one of twelve needs to dissent for a hung jury. It was clear from the looks on jurors’ faces as they left the jury room on the second day that deliberations were taking a toll.

Swartz is free to the dismay of many in the community convinced of his criminality. Activist Richard Boren loudly voiced his cry for justice inside the courtroom after the verdict and later was arrested on the courthouse steps.

It is too soon to know what Swartz’ job prospects are with Border Patrol.

7 thoughts on “Another Trial for Border Patrol Shooter? (Commentary)”