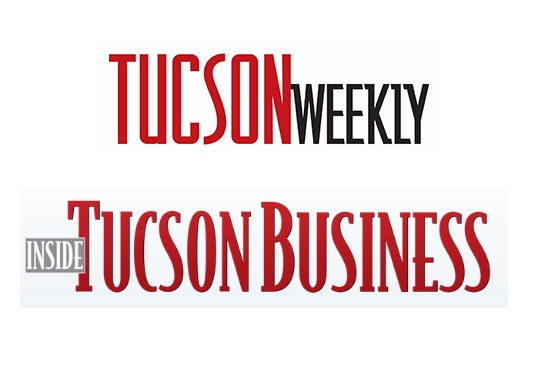 And soon I became even more confounded. A couple of issues later an article appeared about two new “boutique” hotels going up along Broadway at 5th Avenue that will incorporate the Rialto Theater. Though the article, written by Weekly editor Jim Nintzel, didn’t open with any PR “glittering generalities,” its tone was all positive even when reporting on the major upgrades to the Rialto and the theater’s physical incorporation into the new, upscale hotels. It seemed to me any journalist writing for an alternative paper would express some concern that, when all the wondrous upgrades to the theater are finished, the Rialto might well cease to lose all vestiges of being a space where indie bands like Lord Huron and STRFKR play and instead become a Fox Theater-type venue featuring the likes of Paula Abdul and Bruce Hornsby (or their younger equivalents). But no concerns of this sort were expressed. Instead, as was the case with the other two articles, it is all upbeat talk of this wondrous project, culminating in a statement by Fletcher McCusker, the businessman heading the Rio Nuevo downtown development project, that the hotel and Rialto project “might just be the most exciting thing to ever happen in downtown Tucson.”

And if I was beginning to smell something fishy in all of this, I soon found out what it was. Noticing that Inside Tucson Business was also running an article on the hotel-Rialto development project, I picked up a copy to see what they would have to say about it and discovered that, lo and behold, it was the exact same article, complete with Jim Nintzel’s byline, as had run in the Weekly. That I hadn’t been aware of this wasn’t surprising: a quick cross check with my copy of the Weekly showed that neither article referenced the fact that it had also run in the other publication. Even more alarmingly, when I checked the masthead of both publications I learned that the two papers had the exact same people working for them in the exact same positions – the same editors, the same reporters, the same graphic designers, everything the exact same.

This clearly raises serious questions about both journalistic ethics (e.g., not reporting in the Weekly that the article was also running in Inside Tucson Business) but also, profoundly, about the direction and philosophy of the publications themselves, especially the Weekly. How can we take seriously an alternative paper, descended from the wave of radical, underground publications that sprang up in the 1960s and 70s, that freely shares journalistic staff and content with a publication dedicated to providing upbeat reports on the Tucson business community?

Of course, this descent into pro-business, puff-piece journalism is just one more stage, if an extreme one, in what has been a long, downward spiral for the Weekly. Serious concerns about the Weekly’s ability to remain an alternative paper were expressed in 2000 when Wick Communications (also at the time owner of Inside Tucson Business) bought the Weekly from its founder, Doug Biggers; there was even a failed attempt by the publisher of the monthly Tucson Comic News, Mark Zepezauer, to get a new, non-corporate, alternative paper up and running in Tucson. And while the Weekly certainly did become more corporatized under Wick, it could not (in my opinion) be said to have completely lost its role as an alternative voice in Tucson and, given what was happening to similar alternative papers elsewhere in the country, could even be said to have held up relatively well. Further concern however was raised in 2014, when Wick sold the Weekly and Inside Tucson Business to 10/13 Communications, since renamed Tucson Local Media.  Mark B. Evans, the then editor of Inside Tucson Business, resigned in protest of the sale, having worked for the new owners previously and stating in an op-ed in the Tucson Sentinel that he considered it impossible to work for them and maintain his journalistic integrity. And while Dan Gibson, the then editor of the Weekly, tentatively reassured us by stating “it really does look like everything’s going to be the same, despite the general panic on social media,” he resigned shortly thereafter, to be replaced by Mari Herreras, who in rather quick succession left a couple of years later to be replaced by Jim Nintzel, whose takeover seemed to coincide with some sort of corporate downsizing and streamlining. Nintzel, that is to say, is now executive editor of all five publications, the responsibility of which doesn’t seem to excuse him from having to produce a quota of PR pieces for local Tucson businesses, clearly leaving him, given the reduced size and frequency of his “Skinny” column, with less time to pursue his coverage of the local political scene, for which he has been a key reporter over the years.

One might argue in the Weekly’s defense that they are only doing what is necessary to survive in a tough environment for local media, given the decline of advertising revenue for print publications (though whether they need to go to this extreme is another matter), and I certainly wouldn’t suggest that Tucson would be better off without the Weekly. The Star (much less Inside Tucson Business) certainly isn’t going to run Tucson Salvage’s depictions of the underside of Tucson life, or what’s left of Jim Nintzel’s political coverage, or the now very occasional illuminating feature (such as Tom Dannehy’s excellent cover story in the July 19 issue, “Moneyball Jr.: The crazy expenses and relentless demands of club sports”) that does manage to go where no mainstream paper will go. However, this now incestuous relationship between the two papers not only points to a further crisis in local journalism, with the death of the (unoccupied) Tucson Citizen in 2010 and the radical downsizing of the Star and the Weekly, but also raises serious questions about the Weekly’s potentially insidious influence on downtown and mid-town redevelopment projects. Insidious, that is to say, by taking a publication that by rights should be in the forefront of questioning and challenging these projects and turning it into a de facto advocate of them. A publication that would point out that the plethora of breweries downtown has driven out the art galleries and music clubs that used to make it an interesting scene, not just celebrate the fact that there is a brewery “on nearly every street corner.”

More generally, it would seem that we are now on the verge of losing what little of substance remains at Tucson’s alternative, underground paper. It is a loss that we at the Occupied Tucson Citizen and other on-line alternative venues would like to make up for, and even improve upon, but lack the resources to do so. And in this way it becomes a loss for Tucson itself.