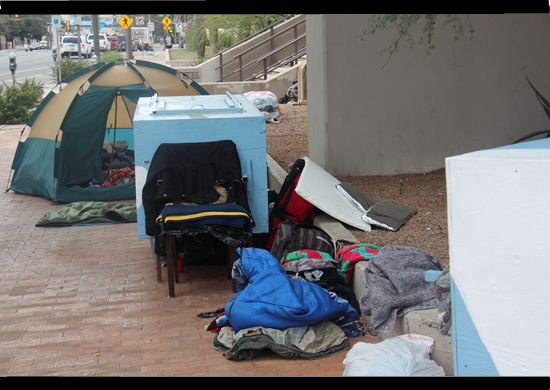 An important court decision regarding the homeless was handed down by the Ninth Circuit, in Martin v. City of Boise, when they ruled in September that if a person experiencing homelessness has no option of sleeping indoors, a city cannot cite him or her for violating an ordinance disallowing sleeping outside in a public space. They deemed that this would violate the Eighth Amendment’s prohibition against cruel and unusual punishment

The decision also has First Amendment implications. One of the plaintiffs was cited for sleeping outside in a public space after he was turned out of the sole Boise homeless shelter that had a bed available that night because he’d reached the shelter’s 17-day limit for male guests; he would have had to join the shelter’s Discipleship Program to stay on and refused to do this because of his religious beliefs. However, the Ninth Circuit concluded that the First Amendment’s Establishment Clause prevents a city from coercing a homeless person to enroll in a religious-based program at a homeless shelter, and that this amounted to coercion.

The court ruling, which was not reported on by the Arizona Daily Star, applies to all states in the Ninth Circuit (which includes Arizona). It springs from a camping ordinance and a disorderly conduct ordinance adopted by the City of Boise, Idaho, that made it a misdemeanor to camp or sleep on the streets, sidewalks, parks, or public places.

Though Tucson currently has no such law, there has periodically been talk of passing one. Specifically, in the form of Denver’s urban camping ban that, like the Boise law, criminalizes homelessness (as we reported on in 2015).

For more details on the ruling, as well as how it can potentially bolster a Housing First strategy, see the National League of Cities’ article “What the Ninth Circuit’s Camping Ruling Means for Housing First Strategies in Cities,” from which this summary was drawn.

Photo of “Safe Park” in downtown Tucson in 2015 by Norah Booth.