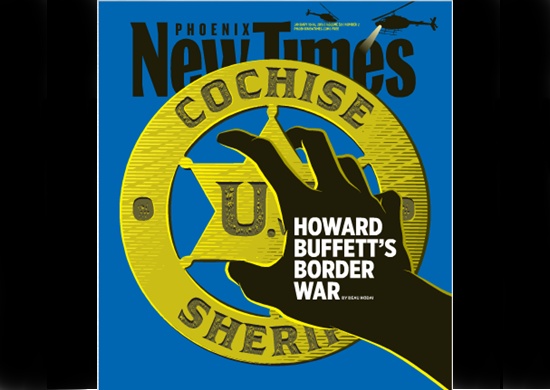 The fact that Howard Buffet is spending tens of millions of dollars of his father’s money to both further militarize and politicize (in an anti-immigrant direction) the border area should be a matter of some concern to our local papers, as should the fact that he seems to be literally buying an inordinate amount of influence over the sheriff’s department of a neighboring county. But neither Tucson Weekly/Inside Tucson Business nor the Arizona Daily Star have made any mention of him in these regards. Perhaps this will begin to change in the light of Hodai’s report. If not, it will suggest that our local press is in thrall to Buffet’s money and influence in a way that the papers in the larger and more distant (from the border) city of Phoenix aren’t.

Hodai’s report comes in two parts, both of which are important reading: