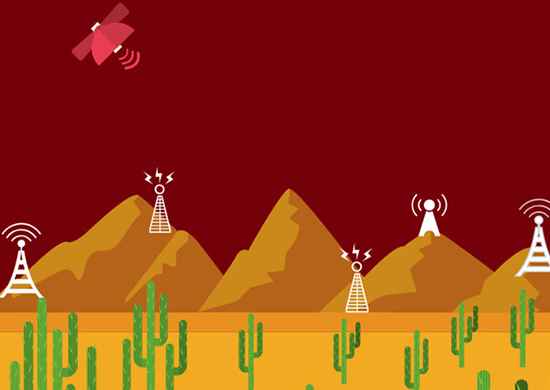 Before she introduced Dr. Magda Havas at the University of Arizona’s College of Public Health on March 27, Elizabeth Kelley of the Electromagnetic Safety Alliance asked the thirty students and interested members of the public in the audience to turn off their phones and laptop computers. A few minutes later, Dr. Havas held up a small meter designed to measure the amount of electromagnetic activity in the room. Showing the audience a yellow warning light on the face of the device, she said, “[Earlier]… I took out this meter and turned it on outside the building, and it was reading in the extreme zone. And because you have two wi-fi routers on the ceiling you’re still in a very high-exposure zone here.” Havas then went on to discuss the causes of Electromagnetic Hypersensitivity and what people who experience it – perhaps as much as 40% of the population — might do to protect themselves. The good news is that, although the proliferation of cell phone towers and wi-fi networks proceeds apace, it is still possible to maintain a safe environment for yourself and your family. But it’s important to understand what the current and potential problems are in order to be able to do so.

Dr. Havas is an environmental toxicologist, EMF (electromagnetic field) researcher and Professor Emeritus at Trent University in Canada, and her talk at UA was the fourth of five appearances she made in Tucson in March. Earlier presentations were sponsored by the Electromagnetic Safety Alliance and the Pima County 5G Awareness Coalition, but in this case she was speaking at the invitation of Kelly Reynolds, PhD., Dean of Community, Environment and Policy at the College of Public Health. Dr. Reynolds is developing a new course called “Environmentally Acquired Illnesses,” and she videotaped the talk, which in future will be a part of the course.

According to a handout prepared by Dr. Havas, electromagnetic pollution is produced by many sources in our environment: extremely low frequency electric and magnetic fields (as in power lines); intermediate frequencies (produced by computers, TVs, dimmer switches, smart meters, etc.); and radio frequency and microwave radiation generated by wireless technology (mobile phones, wi-fi, radio, TV, smart meters, etc.). Most of us encounter these fields at work, at home, and at school. But though no one would want to live near a garbage dump and its associated hygienic problems, Havas says, we allow cell towers to be placed near and on top of buildings because we haven’t yet accepted that this type of radiation can be harmful. But she believes that electromagnetic hygiene is as important as washing your hands to avoid spreading germs.

Some people are more sensitive than others and may suffer from Electromagnetic Hypersensitivity. Among the symptoms of this condition are the following: difficulty sleeping, chronic fatigue, chronic pain, poor short-term memory, anxiety, depression, rapid or irregular heartbeat (sudden onset), and difficulty concentrating. Of course, these symptoms can have other causes, but Havas made the following distinction: “When I talk to people who have these symptoms, they often say it’s a natural part of getting older. But when you put these people in an electromagnetically clean environment and their symptoms reduce or disappear, aging is not the culprit…” She in fact prefers to call this cluster of symptoms Rapid Aging Syndrome; only in this case, the aging is taking place inside the body, brought about as cells experience oxidative distress.

Though many people haven’t yet heard of electromagnetic sensitivity, public health educators at UA and elsewhere are already concerned about the impact of this ubiquitous form of radiation. And the number of people who are affected could be surprisingly large. Dr. Havas says she uses a figure that’s on the low side of current estimates: About 3-5% of the population is extremely sensitive to electromagnetic pollution and another 35% is mildly to moderately sensitive. To get some idea of how many people this would involve: in the U.S. it could mean that 10 million people are extremely sensitive and that 100 million have mild to moderate sensitivity.

In addition, even if you’re not highly sensitive to electromagnetic radiation, you might want to learn more about the issue because the amount of electromagnetic pollution is about to be ramped up exponentially as 5th Generation Wireless or 5G technology is implemented over the next few years. According to the Electromagnetic Safety Alliance, “5th Generation Wireless uses high frequency millimeter wave radiation (MMW), an untested technology. The deployment of 5th Generation infrastructure and the Internet of Things (IoT), is currently underway in cities, towns and rural areas across the United States.” 5G technology will require towers to be placed closer to users and will require the construction of 300,000 new antennas, roughly the same number that have been built over the past three decades. Soon every living thing on planet Earth will become part of this massive experiment to find out how we react to MMW.

Skeptics might want to note that in 2015, 190 scientists submitted an International EMF Scientist Appeal to the UN, World Health Organization, and UN Environment Program. As of January 1, 2019, 247 scientists have signed the Appeal. Collectively, they have authored over 2,000 research papers on electromagnetic fields and biology or health, and they express concern “…that EMF affects living organisms at levels well below most international and national guidelines. Effects include increased cancer risk, cellular stress, increase in free radicals, genetic damages, structural and functional changes of the reproductive system, learning and memory deficits, neurological disorders,” and more.

Although this sounds daunting, Dr. Havas cautioned against the paralysis fear can bring. She said, “I don’t want you to be afraid of this technology… I embrace the technology… What I’m actually trying to do is empower you so that you can decide what you want to be exposed to and what you don’t want to be exposed to… In fact anyone who goes to fear is actually causing more damage to their body…” The handout Dr. Havas provided to the group included the following recommendations for better electromagnetic hygiene:

An additional handout from the Center for Family and Community Health, School of Public Health, UC Berkeley, which was also provided at this event, particularly recommended the above measures for children and pregnant women. In addition, instead of holding your phone up to your head, they suggested using speakerphone, a wired headset, or sending a text message instead.

For people who already suspect that they are highly sensitive, Dr. Havas suggested buying a meter like the one she uses – the ACOUSTICOM2 RF Meter – so you can know where your points of exposure are and can better protect yourself.

Havas said, “What I am hoping is that at least one of you — maybe more — will become so energized and perhaps infuriated by what you have heard here that you will be motivated to do something about it.” If you want to learn more about what you can do, the Electromagnetic Safety Alliance website is a good place to further educate yourself. People who want to get actively involved can contact the Pima County 5G Awareness Network at PC5GAC@gmail.com. At the very least, you can work to implement a cleaner electromagnetic environment for yourself and your family.