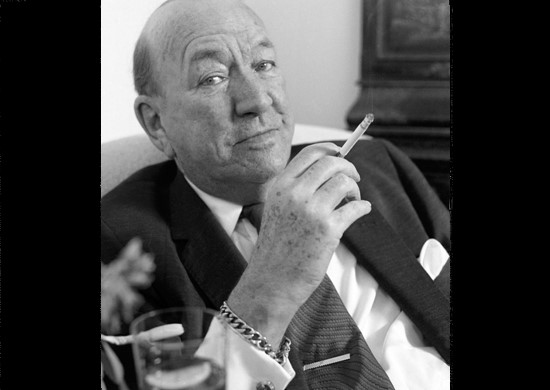 In 2013 I was in the public library in Youngstown, Ohio, noticing something that would surprise any regular user of Pima County Public Library (PCPL) – old books. Specifically, in this case, several old books by the popular British playwright Noel Coward, including multiple copies of his celebrated play, “Blithe Spirit.” At that time I was in the middle of a dispute with the PCPL over their collections policy, and so couldn’t resist going on-line to see what our beloved library had of Coward’s. They had one book, The Noel Coward Reader, that had an excerpt from “Blithe Spirit” but not the entire play. The reason why the Youngstown library had so much more of Coward’s work than our library was clear to see – that library doesn’t demand that a book be checked out “several times” a year to avoid being discarded as the PCPL does, and so older books stay on the shelf instead of being “weeded out.”

Recently, I noticed that one of Tucson’s major theater companies, the Rogue Theater, was putting on “Blithe Spirit” and thought it would be an interesting test of all the blather that the PCPL administrators had thrown in my direction when I was actively challenging their collections policy. In response to my many letters of complaint to them, they declared, against some of my objections (e.g., that PCPL had one of the worst per-capita book collections in the country), that our library was a “popular” library, and so would make no special effort to have or keep books by more literary authors; and that their aggressive policy of discarding books that weren’t in high demand was just fine because, if a need arose to have them on the shelves once again, they would simply re-order the book in question. So, since “Blithe Spirit” is a very popular and entertaining play, they couldn’t very well say it doesn’t belong in their version of a “popular” library; and, since the custodians of a “dynamic” library collection (their phrase, not mine) would certainly make sure they had a popular play on hand when it was being produced by a major theater in town, I should at least be able to rest easy knowing that they would have the situation covered.

So, half-way through the play’s run at the Rogue, I checked the PCPL online catalog to see if they had a copy of the play. They didn’t. In fact, they had even gotten rid of the The Noel Coward Reader with its excerpt from “Blithe Spirit.” Morever, they had absolutely nothing in book form by Coward except a poem of his in an anthology of comic poetry (and even the three DVD’s they had of films based on his plays didn’t include “Blithe Spirit”). To complete my little comparative study, I checked the online catalog of the Youngstown library once again, just to see what they were doing these days, and discovered that they still had the three separate editions of “Blithe Spirit” that they had before. In addition, and keep in mind this is a library serving a county with one fourth the population of our own, the library had fourteen other books of Coward’s writings, including a collection of his other plays published in 1937.

Plus, just to add insult to the injury of the PCPL’s sad collections policy, and to prove that such things can be anticipated, Antigone Bookstore has copies of “Blithe Spirit” prominently placed on their front display. There is also a copy of it on sale at the Barnes and Noble on Broadway.

Unfortunately, this combination of PCPL’s bizarre, almost sadistic glee at getting rid of books combined with a lackadaisical attitude toward the ordering (or re-ordering) of books is, in my experience, the norm, not the exception.

And this shouldn’t come as a surprise to anyone. As I have been pointing out over the years, and in a variety of forums, our library sees itself as having gone beyond mere books, as having entered some brave new future in which the PCPL is a space where the library’s “customers” can “increase their productivity.” Indeed, in the PCPL’s “Community Impact Plan 2016-2020,” amongst all the glib, public relations talk of “Powering Education,” “Powering Innovation,” and “Powering Everyone,” the word “book,” or any derivative from it, is mentioned exactly … never.

Photograph of Noel Coward in 1972 by Allan Warren, who has allowed the use of his photograph under a Creative Commons License.