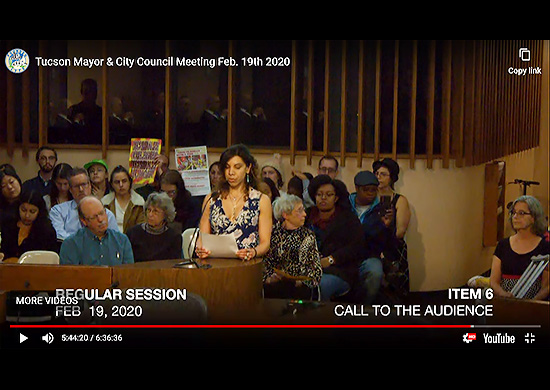 Photo of Dr. Goli Bagheri reading the letter from PDI at the City Council Meeting on February 19 from City of Tucson website.