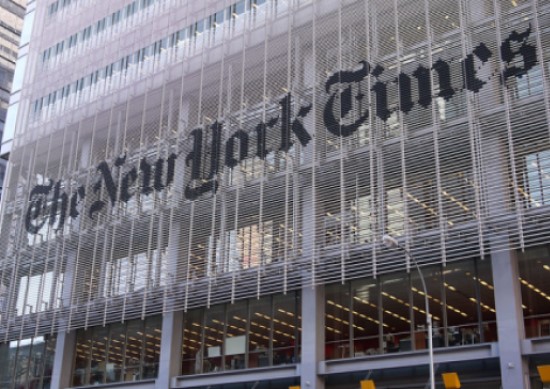 In a June 26 New York Times op-ed, Bradley A. Dreifuss, director of rural and global emergency medicine programs at the University of Arizona College of Medicine, states that “in a medical crisis, my job is to manage a clinical team, problem-solve and be in control. It is hard to admit that I feel vulnerable and scared when I think of the Covid-19 surge we are facing now and the combined Covid-19 and influenza tsunami expected later this year. But I am admitting it because you need to know how close health care workers are to breaking.”

Dr. Dreifuss then goes on to describe how he and his colleagues had hoped that Arizona could avoid the “horror” that New York went through in the spring, but had to watch as “our federal and state governments abandoned their duty and let the virus terrorize our vulnerable communities, spreading rampantly.” The resulting surge from the premature opening up has resulted in a situation in which “many admitted patients remain in the emergency department, ‘boarding’ while awaiting transfer to the hospital wards because there are no more intensive-care beds available in the hospital or there is insufficient staff to care for them in the beds that are available. Because of that, far fewer emergency department beds are available for people with non-Covid-19 health conditions and medical emergencies. So sick people wait for an emergency department bed to become available.”

But the consequences extend further than this, as “health care workers are exhausted. Staffing shortages and increasing fatigue are the new normal for emergency departments, intensive-care units and Covid-19 units, and across hospital wards … Staff members call in sick or feel so emotionally drained that they need a mental health day to face another shift on the front lines. Staffing shortages are being made even worse by the furloughs of some of our most experienced team members [a result of hospital systems having “chosen to furlough staff and tighten belts even as health care teams were beginning to feel the psychological strain of the pandemic”]. Inexperienced new nurses remain and plunge into caring for increasingly ill patients with less mentorship and support.”

And yet, there has been precious little reporting about this in our local print media.

Shouldn’t, we might reasonably ask, the Star have re-printed this op-ed from the New York Times? Or at least, as we have done here, paraphrased and discussed it? Especially in light of the almost complete lack of reporting that the Star has done on the hospital situation here (having published only one, in-depth report from a hospital – TMC – during the whole of this crisis, and that a reprint from the Arizona Republic that is not available on the Star’s website).

It is enough to make you wonder if they’re not holding back for fear of “unduly” alarming the residents of our community; or, in light of Dr. Dreifuss’s criticisms of the for-profit healthcare system, alienating some powerful commercial interests. Or perhaps it is political pressure: powerful political and commercial interests know that images of our hospital system breaking down will force members of the public, even if they don’t personally know anybody that has COVID-19, to confront the reality of the crisis, and thereby hamper the grand re-opening of America that Donald Trump was promising us not so long ago.

Or maybe it is just that the staffing levels at the newspaper are so pathetically low that they can’t cover this story properly (though KOLD-13, which has an even smaller reporting staff, did at least manage to interview Dr. Dreifuss).

And, in any case, it doesn’t explain why the Star couldn’t have at least reported on the op-ed. As Dr. Dreifuss himself states at the conclusion of his op-ed, “I am willing to sacrifice for the greater good of the public. I took an oath to that effect when I became a physician. But the public has to sacrifice some too if we want to get through this as safely as possible — social scientists call this ‘health citizenship.’ It means contacting your elected representatives and imploring them to follow public health science when they set policy — and voting out those who won’t. It means demanding the health care systems protect the well-being of staffs. And yes, it means wearing a mask, staying home when possible and practicing physical distancing so that our hospitals and care facilities are not swamped and we are not overwhelmed.”

And telling people honestly and forthrightly what the actual situation is in our local hospitals – describing both the suffering of the patients and the stresses on the staff  – is probably the best way to convince people how dangerous the COVID-19 world is, and convince them to “mask-up” and socially distance. Readers in New York were no doubt convinced of this by Dr. Dreifuss’s op-ed, it’s just too bad people in Tucson haven’t had the same chance.

Photo by Samchills from Flikr.com under a Creative Commons License.