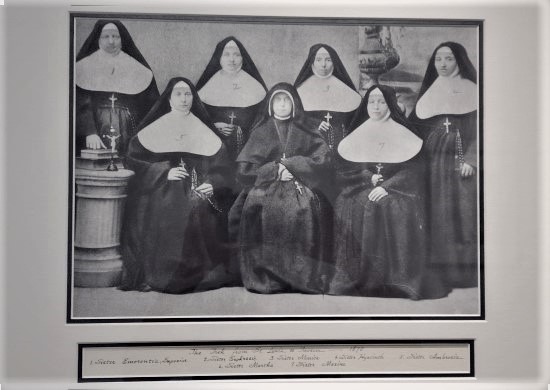 On June 1, 2021, the Vatican announced punishments directed at priests and clergy regarding the protection of children from sexual abuse:

Pope Francis has changed the Roman Catholic Church laws to explicitly criminalise sexual abuse of children with penalties described at all levels of complicity. . It’s the biggest overhaul of the criminal code for nearly 40 years. . .

. . . The new rules come into effect on 8 December. They also prohibit the ordination of women, recording confessions and committing fraud. [1]

The Church, while laying down laws that criminalise pedofilia in the Roman Catholic Church but still leave implementation in the hands of the same hierarchy that buried these crimes for decades, also forbids priests from ordaining women. In a two-for-one decision, women are denied power by lowering of power to priests.

Forbidding ordination of women unfolded in 2021 despite women religious (women under vows of obedience, celibacy and poverty, aka: nuns) holding dialogs with Pope Francis since his tenure began. The talks raised apparently false hope for changes that would expand women’s role in the Church. The call for women to become ordained priests has been blowing in the papal winds for centuries. (If you doubt that, check out the 19th century’s St. Theresa of Lisieux, sometimes called the Little Flower of Jesus.)

The issue came up on this continent on October 7, 1979, when another Theresa, Sister Theresa Kane (Mercy Sr.), called for the possibility of ordination of women to the priesthood during Pope John Paul II’s visit to Washington D.C.’s Basilica of the National Shrine of the Immaculate Conception. Before a packed cathedral and after being blessed by the pope, Sister Theresa read this statement:

As I share this privileged moment with you, Your Holiness, I urge you to be mindful of the intense suffering and pain which is part of the lives of many women in these United States. (Huge applause.)

Your Holiness, our contemplation leads us to state that the Church in its struggle to be faithful to its call for reverence and dignity for all persons must respond by providing the possibility of women as persons being involved in all ministries of the Church.

While her polite request was loudly noted, Sister Theresa’s speech did not move the papacy to change.

Women religious have a long history of being controlled by the Vatican. Periculoso (danger), a papal decretal by Pope Boniface VIII in 1298, required the claustration of Catholic nuns. In the medieval cancel culture terms below, this law called for nuns to be cloistered forever:

. . . nuns collectively and individually, both at present and in future, of whatsoever community or order, in whatever part of the world they may be, ought henceforth to remain perpetually cloistered in their monasteries . . . [2]

The decree, while difficult to enforce, impacted the lives of most of the women under its direction. Following social norms of the times, many cloistered women were handed over to the convents as adolescents, with no consideration of consent.

Sister Helen Prejean (CSJ), respected for her long walks beside death row prisoners and as a champion for the rights of women in the Church, hand delivered a letter to Pope Francis on January 21, 2016, which can be opened here: www.sisterhelen.org/women-in-the-church.

This is an excerpt:

If I can use my own life experience as an example: my ministry to awaken citizens on the issue of the death penalty (actually to evangelize them: Jesus and his teachings are at the heart of every talk I give) has brought me to speak to U.N. commissions, Congress, governors, citizens in civic groups, and religious bodies all over the United States and other countries. In Protestant churches I am allowed to preach, yet, in my own Church I am not permitted to preach a homily. In fact, because I am a woman (a member of the laity, actually), I am not ever permitted to proclaim the Gospel at mass. Present liturgical rules prohibit me or any women from proclaiming the Gospel. My voice is muted in my own Church, whom I love and have served my whole life. It is a wound, a pain, an ache that never goes away–not only for me, but for all women. No doubt it is one of the reasons young women as well as older ones distance themselves from the Catholic Church. They know they will never be admitted to full participation.

. . . I can’t help but imagine a . . . pathway . . . whereby the entire church might grow together . . . every woman and man as full-fledged, participating members of the body of Christ . . . surely God will accomplish in us more than we can dream or imagine. One thing I do know, Pope Francis. . . I TRUST YOU.

The June 2021 edition of The New Yorker (newyorker.com) features an article by Margaret Talbot, “The Women Who Want to be Priests,” about contemporary women who have felt called to priesthood and have made their feelings known. The latest Vatican decree, denying nuns access to priesthood by denying priests the power to ordain women, had not yet been announced.

Norah Booth is writing a biography of Sister Clare Dunn, CSJ, who logged almost four terms in the Arizona House of Representatives (1974-1981), the lone nun to ever do so, before her death in 1981, and the 1983 Vatican decree that no nun in the Catholic Church could hold public office.

The photo is of the Seven Sisters of St. Joseph of Carondelet, nuns who survived 13 desert days travelling from San Diego to Tucson in a covered wagon in May of 1880. The women, hired to teach at Archbishop Jean-Baptist Salpoint’s school, soon opened schools of their own, as well as St. Mary’s Hospital, the first hospital in Arizona. That facility, along with others belonging to the Carondelet Sisters, was recently sold.

Photo by Norah Booth, taken of a reprint at St. Mary’s Hospital.