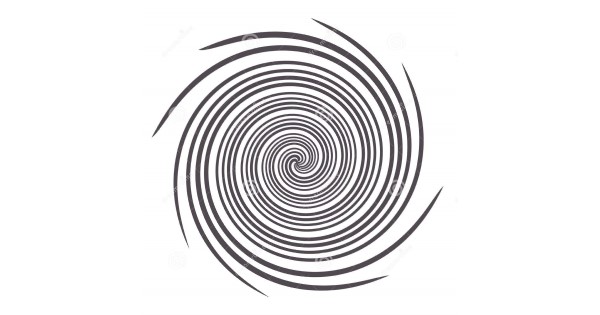 It’s 1976. I am 26 and have been experiencing light vaginal bleeding off and on for several weeks. I am married, but getting a divorce. I have no children. I am using the low dose of “The Pill.” A friend recommends her ob-gyn doctor. I go to this doctor and after his exam he tells me, to my relief, “Well, you are not pregnant.” He prescribes antibiotics along with painkillers. He says he will see me in a week as he is going on vacation. I fill the prescriptions, go home, and find the painkillers essential.

The next three days are a blur. Abdominal pain comes and goes, but is manageable–until it isn’t. I go to the hospital connected to the vacationing physician. I spend two very drugged nights there, while people in white coats randomly come in and out of the room. I can’t recall eating. I am just lying in a hospital bed popping Percocet and antibiotics. A man in a white shirt and black tie floats into view, announces that I have gonorrhea, and leaves. A visitor from hell? He does not appear again. I do not have gonorrhea.

It’s a terrible night, except for the Percocet. It lets me lift out of my body so I can float above it. In the morning I am hustled into a wheelchair and pushed out the door. My ride takes me home and I prepare for another night of lying in bed and drifting in and out of consciousness.

But, first, I call a friend. Mary is entertaining guests, but takes my call. I tell her where I have been. She tells me Donna is visiting, would I like to speak with her? Donna has overcome serious bouts with cancer through alternative medicine and is currently cancer free. Yeah, put her on. She tells me about her recent recovery and how all her doctors, including the allopathic medicine ones, confirm that she has beaten back cancer, at least for now.

Donna suggests I seek an alternative opinion. It couldn’t hurt, right? She recommends a naturopath in town. I am aware of his clinic, and I call in the morning to ask if I can be seen. I have an immediate appointment.

I drive myself to the office and am quickly taken into a room that looks like an ordinary doctor’s office. I just wear the clothes I have on, no fuss. A young man comes in and says he is apprenticing, is that okay with me? I agree. The treatment is very different. He has some small tools and he taps gently around several parts of my body. He carefully puts his hand on my abdomen. His light touch doesn’t hurt and is not invasive. He says, “I will be right back.”

He returns soon with the head of the enterprise. “We think you are pregnant,” the naturopath says. A lightning bolt hits the back of my head and opens my eyes. Of course!

Between the two men they explain to me that I likely am having an ectopic pregnancy. What’s that? The egg is outside the womb. What do I do? I am handed a list of herbs and directions on how to use them. I go to the natural foods store and find all the ingredients. The one I remember best is called “squaw vine.”

I take the herbs as prescribed and in the middle of the night wake up as my body starts going through contractions. They are mild but definite. Soon I birth a blood clot about the size of a newborn’s fist. After, I get the first uninterrupted sleep I have had in weeks.

The following evening–it’s after 6 pm–I call the office of the doctor who told me I was not pregnant to leave a message for him that I would not be coming for surgery in the morning. To my shock and surprise, he answers the phone. I take a deep breath and tell him of my good luck in finding out what was wrong and getting the gentle medicine I needed to abort safely.

“I have you scheduled. I have anesthesiologists, nurses, another doctor…” and I forget what else, ready for me.

“I will see you on the operating table in the morning!” he shouts.

I am grateful for Planned Parenthood’s nurse practitioners who for several years after provided my healthcare. There are many online sites with reliable information about ectopic pregnancy. Here is one of the best:

Seek emergency medical help if you have any signs or symptoms of an ectopic pregnancy, including:

An ectopic pregnancy most often occurs in a fallopian tube, which carries eggs from the ovaries to the uterus.

An ectopic pregnancy can’t proceed normally. The fertilized egg can’t survive, and the growing tissue may cause life-threatening bleeding, if left untreated.

If you’ve had an ectopic pregnancy, your risk of having another one is increased. If you wish to try to get pregnant again, it’s very important to see your doctor regularly.

There’s no way to prevent an ectopic pregnancy.

Note: Ectopic pregnancies don’t have specific symptoms and can be easily missed if the health care provider fails to keep it in mind.

This article originally appeared in the journal Hard Crackers: Chronicles of Everyday Life.