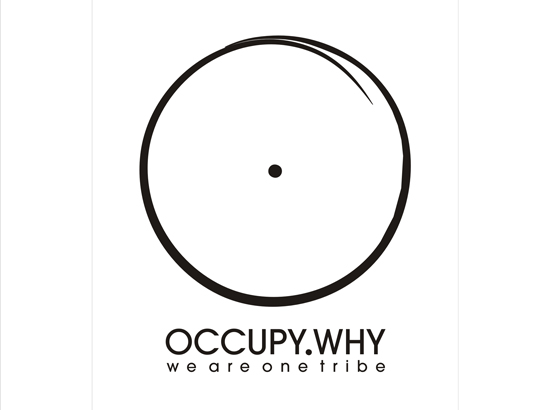 In this article written in late November of last year, Michael LaFond gives us a brief but systematic overview of the Occupy Tucson encampment as it was at Veinte de Agosto park. The author has also added a short postscript—Ed

Generalizing about the people in the Occupy Tucson movement would be foolish, because they are so diverse. Many are liberal activists, but a few are even former Tea Party conservatives. Every race and every creed and lifestyle are welcome. Just about any political thought can be found in the camp. Some Occupiers are the chronically homeless, but most in the tents are not; many more homeless persons come during the day for a free meal and some friendly human society. Some are without any specific political agenda, they are just people who have recently lost everything that was meaningful to them: their job, their home, their family. Many more men than women are in the tents, but at meetings both sexes are equally represented.

Anyone can walk into the camp, so at any given time a few are welcome visitors. The tents are not always filled to capacity, because many of the social activists have homes and live in tents part-time. The population of the camp ranges loosely from fifty to one hundred. A few activists donate their time to other protests around the country, and occasionally a visitor from another city will pop in to learn what is happening here, bringing news and ideas. Most of the Occupiers work at least part-time, which is another reason for empty tents. Of course, the mentally ill, who make up the majority of the chronically homeless, usually do not have income; but almost everyone else does. These are the politically dispossessed and disaffected, whose concerns and views have been ignored—orphans of democracy.

Ironically, what holds the movement together is the lack of structure. The members often like to say that there is no leader; but that is not quite true, because all the members are leaders, some more than others. They lead by accepting responsibility for something that needs to be done, exerting influence by impressing the other members with their contribution. It would perhaps be more accurate to say that there is very little that resembles authority. Everything that gets done is either a decision by the General Assembly, the “G.A.,” or it is the unauthorized action of individual members. Unauthorized actions are not discouraged, and only rarely will any action be criticized by the General Assembly retrospectively. While this sounds like a recipe for anarchy, overall the atmosphere is peaceful. The deliberately minimal structure and lack of authority dignifies the widest possible range of views and the greatest possible extent of liberty. So, what holds the movement together ultimately is that no one has a serious reason to leave and the alternatives do not appear reasonable in face of what they believe to be the impending failure of society.

The General Assembly is the only decision-making body and is comprised of whoever shows up. There are no membership rolls, so it is impossible to get an accurate count of who is in the movement and who is not. Basically, everyone is in the movement unless they choose not to be. Decisions require a consensus, meaning that everyone agrees or chooses not to object. “Concerns” about a proposal are discussed thoroughly in open meeting. Any objection of conscience strong enough to cause the person to leave the movement can “block” a decision, unless the membership agrees to accept the blocking member’s resignation.
Such a burdensome decision process is slow and forces everything to be discussed thoroughly. This sounds like a disadvantage, but slowing down decisions seems to have worked to the movement’s benefit, delaying potential problems and confrontations as long as possible. And if anyone just cannot wait for a decision, they simply do what they believe is needed—so far, this independent action too has advantaged the movement. Perhaps as a consequence of the requirement for extensive discussion of every point in order to reach complete consensus on every issue, the most unique and extraordinary culture has developed. The Occupier’s have a culture of listening. “Facilitators” at the G.A. take extreme care, following a carefully devised order of meeting and practice, to welcome and even to coax out the views of all persons present. All members carry these practices into their daily interactions, insisting gently at all times that everyone speak their mind. This is more than simply allowing free speech; it is a constant demand that everyone be listened to with respect. One must experience this personally to understand how powerful it is in motivating peaceful cooperation.

The need to listen to everyone respectfully has prompted the invention of the cutesy hand gestures that are made during discussions, sometimes called “sparkle fingers.” To new observers, these gestures annoy and distract from the often serious nature of the discussion; however, the gestures have the important purpose of allowing the listener to actively engage the speaker without interrupting, indicating “positive,” “negative,” or “uncertain.” The speaker also benefits from the constant feedback from the audience but is still able to continue making her point. The effect is that there usually is no disruptive applause or disapprobation, and the speaker can be heard in entirety by all. The sparkle-fingers gesture is joined in discussions by some other hand signals, developed mostly from American Sign Language, to interrupt the meeting process in orderly fashion. The overall effect is to improve communication and to ease the building of consensus.

The Occupiers will frequently engage in lively discussions, and will do so anyplace and anytime. The movement is a continuous colloquium on all topics, mostly social and political. The US Constitution is a frequent topic, and so are the dysfunctions of the political and economic systems. There appears to be widespread agreement that we are witnessing the breakdown of human society in general and American society in particular. The fact that the Occupiers are protesting implies a certain level of hope, but none can be described as naïve, and none are confident of success.

Most of the practices of the Occupy Tucson have been adopted from Occupy Wall Street (OWS) and other Occupy organizations; however, the Tucson movement is not a satellite of OWS, although the inspiration is obvious. The movement has sprung up spontaneously, and the description used most often is that the movement is “organic,” meaning that it has a life of its own, is the result of natural processes, and definitely is not the product of any person’s invention (“no leaders!”).

Not only does the movement have no specific leaders, but it has no specific stated goals. Occupy Tucson, like other Occupy organizations, has recently produced a “declaration” from consensus which is posted on their website (occupytucson.org), listing some current beliefs and political demands that most of the Tucson Occupiers agree with. The list is fluid, however, and could be changed at any time, adding or eliminating items. The wide-ranging list does not adequately reflect the diversity of opinions, because this list is only the items that no one would “block.” Most of the Occupiers have their own causes that engage their passion and they seek to further their causes through the movement; so the movement gains its strength and participation through inclusiveness, absorbing the passion generated by the various causes. Perhaps, this is why almost every day someone suggests that more conservatives are needed.

The camp itself is controversial, because it has both positive and negative effects for the movement. On the one hand, it is what made the movement visible and put it in the news. The encampment has also transformed the movement into a virtual family, because what was originally just an important symbolic act of non-violent civil disobedience has now generated human relationships that have become integral to the movement. And there is a humanitarian aspect to the camp: Some of the mentally ill and homeless have become full members, contributing equally, and regaining their personal dignity. Some have even quit drinking. On the other hand, many recognize that the camp has created some negative impact on public perception of the movement. Moreover, the existence of the camp has put the movement at odds with the City of Tucson government, which was not the intention.

After nine months, Occupy continues to struggle with its identity. Perhaps, it is only a grassroots political movement, seeking a candidate and a platform to support. I, however, see the movement more as an ongoing protest and a revolution-in-waiting. But, there it is. The advantage of not self-identifying with labels and ideological constraints is to have the flexibility and mobility to become whatever is needed at the precise time and place that action is needed. The physical encampments of tents are gone, although nostalgia for them still remains. However, the encampment and occupation of the just and loving heart continues ever on.