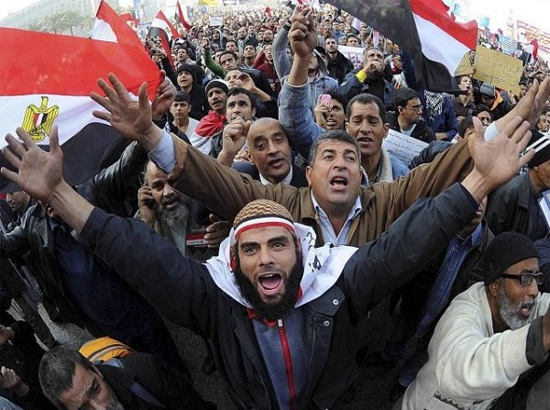 In the midst of Egypt’s presidential election last Sunday, June 17, the ruling Supreme Council of the Armed Forces (SCAF) stripped the office of president of its powers as commander of the armed forces—Ed

BY JIHAN HAFIZ, THE REAL NEWS

By Friday, June 22, a day after the announcement of the winner of the presidential election had been delayed, protesters swelled into the tens of thousands demonstrating against Ahmed Shafik and the SCAF—Ed

Saturday, June 23, thousands continued protesting in Tahrir square, and another group numbering in the thousands has come out to protest in Nasr City in favor of the SCAF and presidential candidate Ahmed Shafik—Ed