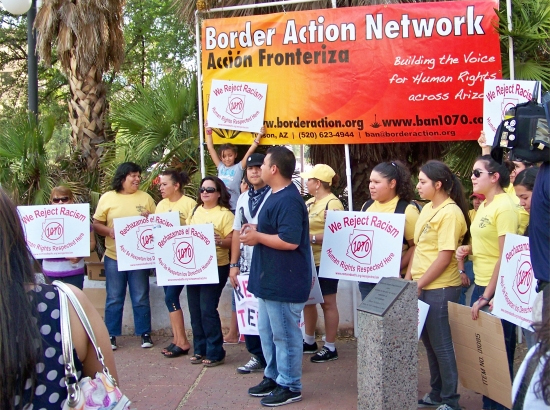 On Monday, June 25, in response to the Supreme Court’s 5-3 decision to uphold a key part of SB1070 that requires police officers to ask about immigration status during stops, more than eighty people attended a rally at the Arizona State Building in downtown Tucson. Carrying signs that said “Resistencia!” “We Reject Racism,” and “Stop Apartheid in Arizona,” the protesters represented a range of groups including Derechos Humanos, Border Action Network, Jobs with Justice, and Occupy Tucson. Several police officers watched the demonstration from across the street. 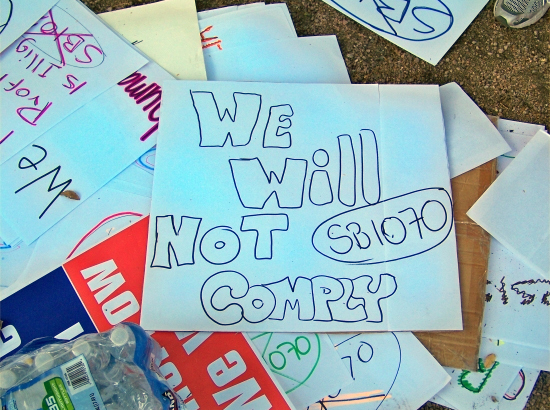 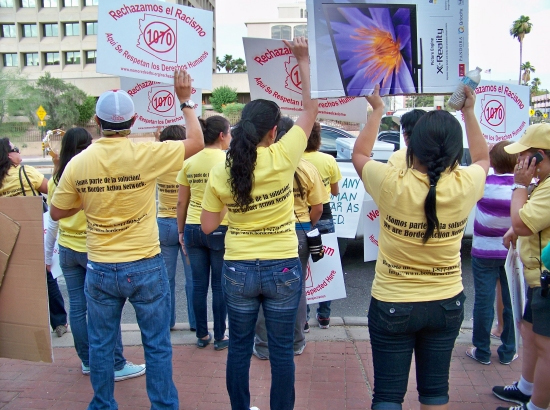