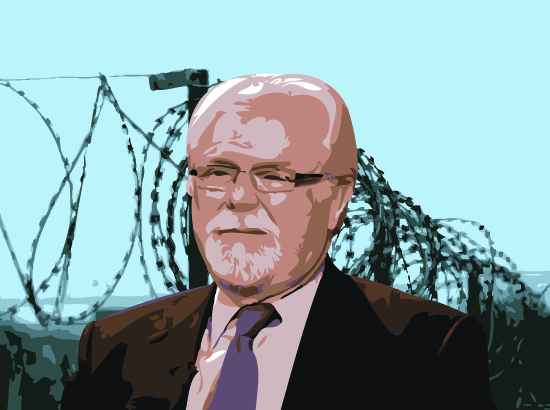 Apparently, it was a baptism by hellfire. Within minutes of being sworn in, you were caught up in a legislative conflict that disingenuously pitted border security against the environment. Unfortunately, you somehow decided it was a good idea to waive 16 major environmental laws within 100 miles of U.S. borders, ostensibly to enhance border security.

For decades, these laws have protected our air, water, wildlife and the beautiful places that make Arizona special. They govern how our national parks and wildlife refuges are managed, and provide ways to ensure that the public interest is thoughtfully considered in bureaucratic decision-making. Right out of the gate, you threw all of that in the crapper.

Even more offensive than your vote was your public statement justifying it. You said that border security is the No. 1 priority of the people who live along the border, and that this bill would enhance border security.

Both elements of that statement are patently false. In poll after poll, Americans have indicated by overwhelming majorities that they are not interested in trading away environmental protections for border security. In fact, just a few months ago, a Colorado College poll found that 73 percent of Arizonans rejected the very bill you voted for, while only 22 percent supported it.

Moreover, Department of Homeland Security and Border Patrol officials have testified to Congress that the bill was unnecessary and unwanted. They said that environmental laws do not hinder border enforcement at all, and that collaboration with land managers actually improves security while protecting the environment. Yet you voted to blow that collaboration out of the water.

I have no idea which Creature From the Beltway Lagoon convinced you that there would be some political benefit in casting such a foolish vote a mere two weeks after an environmental fundraiser that netted thousands of dollars and dozens of volunteers for your campaign, but, clearly, whoever did the convincing was wrong and should be ignored henceforth. (A quick piece of advice: Next time, schedule a bit more time between the fundraiser and the betrayal. It really was bad form, but I’m sure your D.C. handlers will educate you on the finer points of manipulating your base.)

The worst part is that all of this was absolutely unnecessary. Pew Research recently reported that net migration from Mexico has fallen to zero. Regardless of endless caterwauling by the racist Tea Party types and paranoid rednecks you seem to be courting, the Mexican invasion is over. The Mexicans won, but then they realized how completely chingado our country really is and started heading back to Mexico, in droves.

Read the full article at the Tucson Weekly