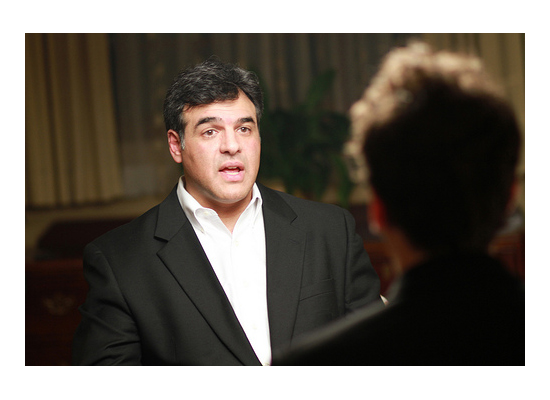 John Kiriakou’s case deserves our attention because the current administration is already responsible for prosecuting more government officials under the Espionage Act than all previous administrations combined. Kiriakou has been an outspoken critic of the CIA’s rendition and torture policies post-911—Ed

Former CIA agent John Kiriakou, who the United States government alleges released classified information to journalists that included the identities of a “covert CIA officer” and details on the role of “another CIA employee in classified activities,” was in court for a motion hearing on July 20 in Alexandria, Virginia. The defense and prosecution were given opportunity to argue a defense motion to dismiss on the basis that the government is pursuing a “selective” and “vindictive” prosecution.

Robert Trout, a defense attorney for Kiriakou, stated, “The government should not be punishing people for First Amendment activity in the absence of showing harm to the United States.” He suggested the Espionage Act, which Kiriakou is charged under, is vague and overly broad. He also argued the classification system is generally broken and, because it is broken, the judicial system should be protecting the First Amendment rights of Americans.  They should be protected from the “inappropriate punishment of First Amendment activity.” The government should not be allowed to point to the classification system and use it as “safe harbor from all challenges” to the Espionage Act.

Judge Leonie Brinkema responded that it was “not up to the judiciary to be making the classification system better.” She also expressed her view that the allegations that Kiriakou revealed names, identities and programs of which covert agents were involved are serious. “Nobody should be revealing” those names. They could not be considered to be in the public interest.

Trout mentioned, “Roger,” an example of a CIA officer reported on in detail in the press and yet no one had been charged and prosecuted. He is apparently the chief of the CIA’s Counterterrorism Center and a chief architect of the agency’s drone program. To this, Brinkema responded she had the case of former CIA agent Jeffrey Sterling in her docket. She claimed there was a lot of reporting in the media on how “aggressive” the Obama administration had been on “leakers,” which made it harder to argue this was “selective” or “vindictive.” [In January 2011, the government alleged Sterling violated the Espionage Act by revealing details on the CIA’s covert operations in Iran to journalist James Risen.]

As much as Brinkema was unsupportive of the “selective” or “vindictive” prosecution argument by the defense, she called the defense’s motion “bold” and “provocative” and “very interesting reading.” She did not appear to be infuriated that the defense would make a motion that judges often find to be insulting to legal professionals. It was expected that she would likely deny the motion to dismiss. However, that she would admit it made for a compelling read was good for the defense. She also signaled her motion to dismiss would not be a simple denial and she would lay out her arguments against granting the motion in a written decision.

The court also heard argument on a bill of particulars motion, which involved a defense request for specific evidence missing in the government’s indictment of Kiriakou that would be essential to Kiriakou’s ability to defend himself against the government’s charges. The motion asserts:

The indictment is lacking any facts with regard to how disclosure of the information at issue did, or could, harm “the nation’s security,” or how the disclosure of this information to a news reporter could reasonably be expected to injure the United States or aid a foreign government. These are essential elements of the offense that the government will need to prove at trial beyond a reasonable doubt.

Trout made an argument in court about how they did not want to be caught by surprise by an argument made by the prosecution that may not be clear in the charges in the indictment. Government prosecutor Mark Schneider replied the defense should not be surprised that CIA agents are expected to protect the identities of officers. He claimed details on this particular evidence being sought were in “discovery” evidence being handed over to the defense. With regards to “injury to the United States,” Schneider added all the government had to prove was that Kiriakou had “reason to believe.” No further particularization was required.

Information on “affirmative steps” would have to be presented to the jury, Brinkema stated. She believed employment records would provide a “good sense” of what steps had been taken.

Brinkema did not appear to want to grant the motion, but she held back her decision because the government had decided to dump discovery evidence on the defense in the afternoon on July 19 and in the morning, right before the hearing. Defense had not had an opportunity to go through the evidence so she chose to allow a “second opportunity to pursue issues.”

It is the defense’s belief that the government has not been forthcoming enough when it comes to discovery. Brinkema seemed to be aware of this, as she admonished the prosecution in court telling them it did no good to “hold back” their “thunder.” They can turn over ten thousand-plus items of classified information. They can hand over thousands of items of electronic discovery. But, “in largesse,” this “smothers the defense.”

Kiriakou is the sixth individual to be indicted under the Espionage Act by the Obama administration. As Brinkema indicated in court, there are real issues with trying these cases—issues that involve permitting arguments over classified information the government might not want to disclose. She said, “Nothing prevents” the prosecution from “making an informal proffer” that would contain the specific evidence against Kiriakou so he could decide whether the case should be tried or if he would rather plead out.

Kiriakou is scheduled to go on trial on November 26 in the Eastern District of Virginia, where is motion hearing was held on July 20. He faces five charges (three of which are Espionage Act violations).

Jesselyn Radack, the Government Accountability Project’s National Security and Human Rights Director, has provided some of the information the government chose to conceal in the indictment.

She adds Kiriakou “refused to be trained in torture tactics” and was the first CIA officer who called waterboarding what it is and was—torture. He also helped to expose the CIA’s torture program as “policy rather than playtime” in his book, The Reluctant Spy: My Secret Life in the CIA’s War on Terror.

The government asserts it is not prosecuting Kiriakou because of statements made on television. They claim a “Special Attorney appointed to investigate the circumstances surrounding the discovery of photographs of CIA and other sensitive government personnel in the cells of high-value detainees at Guantanamo Bay, Cuba, along with the inclusion of the identities of covert personnel in a classified defense filing before the Military Commission at Guantanamo,” led to the government’s decision to prosecute Kiriakou for “illegal disclosures.”

The government will make an argument that the government is making in the case against Pfc. Bradley Manning, the soldier accused of releasing classified information to WikiLeaks. This argument prevailed tremendously in the past week, as the judge agreed with the government that it only had to prove Manning had “reason to believe” his alleged release of the information could cause injury to the United States or provide advantage to a foreign nation.

Significantly, Kiriakou’s defense is likely to make one of the few arguments available to defendants in “leaks” prosecutions. As attorney Mark Zaid told US News & World Report, what a defendant has to do is “challenge that the information was properly classified.”

There are many things where our enemies actually know of what operation is being involved, but just the public doesn’t, so you can argue that there wasn’t really any damage because they already knew that that was happening, and then the damage is actually more a public perception damage than a national security damage

Former classification czar, J. William Leonard, may take the stand to challenge the over-classification of information in the case. He was to testify on behalf of Drake until the government’s case entirely collapsed. He found the two-page memo to “contain no information which met the standards of the classification system.”

Leonard is someone all defendants in “leaks” prosecutions should want to take the stand to defend them. Imagine what it would be like if Manning’s defense lawyer David Coombs was able to get the judge to allow Leonard to take the stand and describe what portion of the information Manning released was improperly classified. The large percentage of improperly classified documents would likely astound the public. However, the government in Kiriakou’s case and Manning’s case will do everything they can to make sure the cases do not become cases that center on the classification of information. They will do everything to limit it to the alleged act so that the public does not consider the context in which it occurred or why it may not be a black and white case of criminal activity.

Finally, Patrick Fitzgerald, Special Attorney in the investigation that led to Kiriakou’s indictment,announced the charges against Kiriakou in April. It is widely believed that Fitzgerald made the call to pursue and indict Kiriakou. Yet, now he has resigned from his US Attorney position before the Kiriakou case even goes to trial.